Share All sharing options for: Post-Match Chalkboard: Observations and Meditations

This is now my fourth Post-Match Chalkboard post, and I've come to realize that writing these posts are like taking a Rorschach test. What is it that I see? Is it a butterfly, or is it dog poo? I have no clue. It's difficult to garner any sort of meaningful analysis out of lines and dots by themselves. Because of this, I took the time to re-watch the match tonight. As I re-watched, I jotted down notes and figured I would share a couple of them.

The Gargan/Pause combo on the right flank worked well together when it came to stringing passes together and building attack. One thing that bothered me a little was that Gargan would frequently dump the ball off to Pause in the midfield and then sprint full speed into the attacking third, looking for a through ball. Every time Gargan did this, Pause would pass the ball to center field instead of trying to hit Gargan on his run.

When this happened for the umpteenth time in the second half, Pause turned and said something to Gargan almost immediately. I can only assume that it went something like, "I saw you. But I also saw Corey Ashe." While Corey Ashe was covering Gargan down the flanks, I still would have liked to see Pause take a chance at least once. Ashe is pretty fast, but if Gargan can get that ball, he'll be in dangerous territory.

Over on the left side of the field, the attack felt a little different. Segares and Pappa didn't pass between each other as much. Instead, Pappa carried a lot of the offensive load himself. He seemed much fast than Je-Vaughn Watson and Andre Hainault. Segares seemed to be in more of a supporting role in case Pappa needed some one to pass to.

Speed in general was something the the Fire seemed to have over Houston. All game long (or 66 minutes long) the Chicago midfield seemed to have no trouble creating space and finding passing lanes. Houston is a physical team by nature, and when faced with speed that they can not match, all they could do was use their physicality to slow down the Fire. Grazzini (and Nyarko to a lesser extent) got knocked around hard by Houston the entire 66 minutes.

And speaking of Grazzini, he definitely had his best performance so far this season. Since this is suppose to be a chalkboard analysis, I figure that I should add something from the Rorschach chalkboard. Here is Grazzini's passes against Colorado back on April 1st: 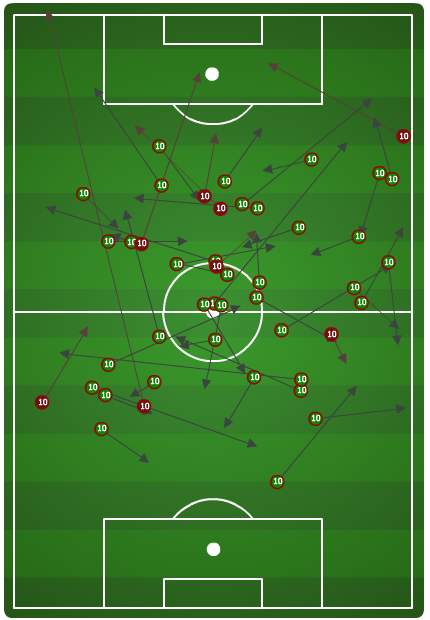 Notice all the passes in the defensive half? A little chaotic. Here is the full 66' from this past weekend: 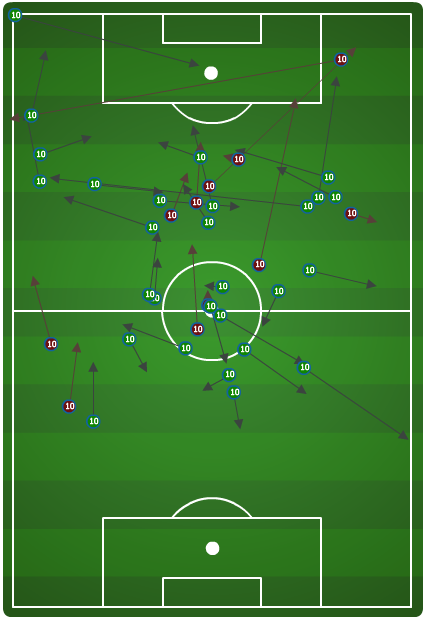 And before I go, here's how the the Pardo/Pause goal looks on the chalkboard: 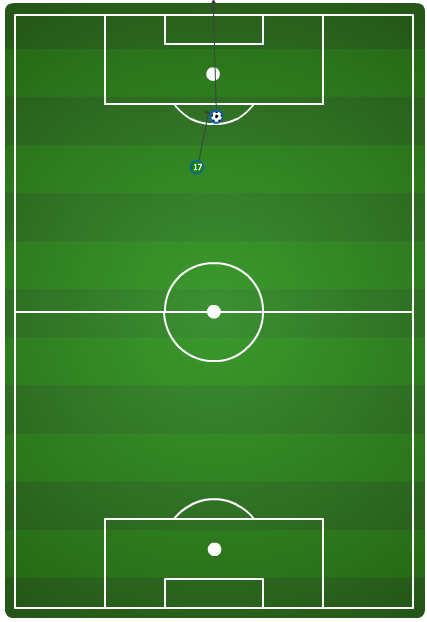 What's more awesome than that goal? Having a game on Saturday!