Share All sharing options for: Post-Match Chalkboard: Hey, Remember that time in Portland?

Ever get a gnat flying around your face, and you keep swatting at the damn thing to kill it because it's annoying you, but it's too hard to see it because it's so tiny and insignificant? That's what the real life is to me: an annoying gnat that I need to swat and kill, so I can get back to fun things.

Anyways, thanks to real life, I'm a little late with the Portland chalkboard. For the next 734 words, let's pretend that Wednesday night hasn't happened yet. Okay? Okay!


I've been wanting to incorporate some stuff from ESPN's Match Center, so I figured I would do it this week just to add something different. ESPN has something called "Average Position". The name is pretty self explanatory; although, I have no idea how they come up with this graph. 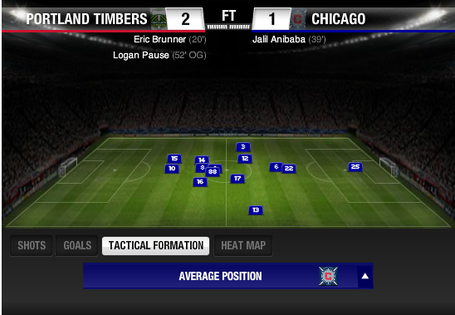 According to ESPN, Grazzini played higher up the pitch than Oduro, who was about level with Nyarko and Pappa. As shown in the screenshot, there is also a heat map. I can't see any correlation between the heat map. Granted, I am just eyeballing it since there are no numbers listed. If anyone else wants to give it a second look, you can find the ESPN Match Center here.

One other interesting thing to note off of ESPN's Match Center is how compact the midfield is. I decided to try to give this graphic a better view: 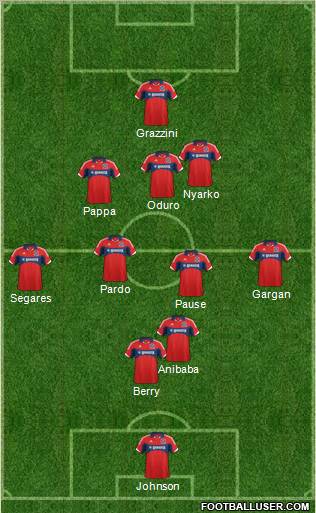 While the positioning of Grazzini is odd, there is reason to believe this ESPN graphic is not completely off. The Fire have been utilizing their defensive backs like wingbacks for awhile now, and as they are getting better at it, they are using it more frequently. A lot of the passing that was was strung together last Sunday reminded me a little bit of Real Salt Lake. RSL likes to move the ball up field with short, quick passing up the flanks.

When the ball ends up deep in the midfield with Pavel Pardo or Logan Pause, they frequently send it back up field by passing out to either Gargan or Segares: 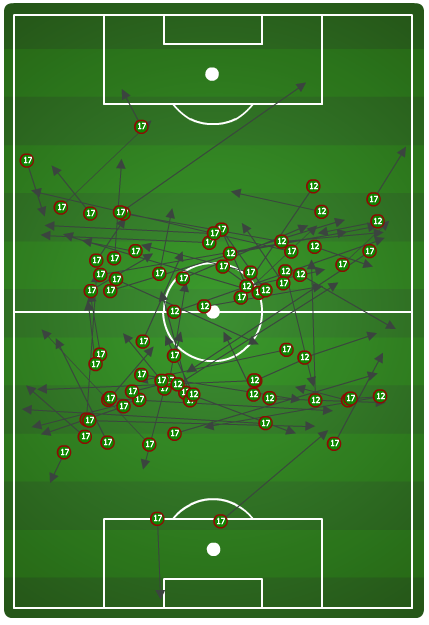 And here is what Segares and Gargan were able to do with it: 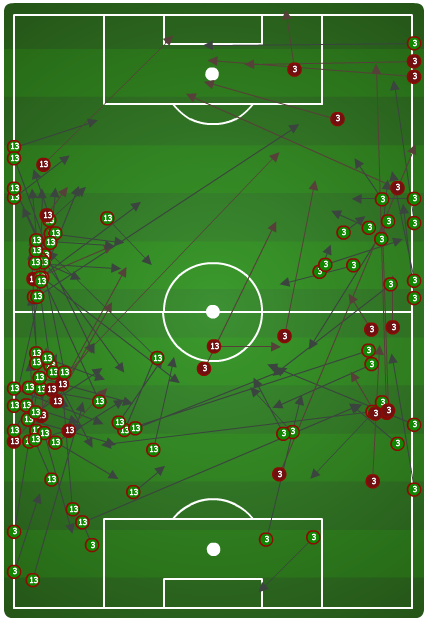 Segares was very involved throughout the match, but Gargan had a bit of a rough day with Rodney Wallace and Steven Smith. Over on Sega's side, there really was only Mike Chabala to deal with as Franck Songo'o is more offensively inclined. The Fire tended to favor going to that side of the pitch when given the chance.

While the second goal came off a set piece, it also didn't help that we couldn't get the ball out of our half of the pitch. Here's how the first 10 minutes of the second half went for the Fire: 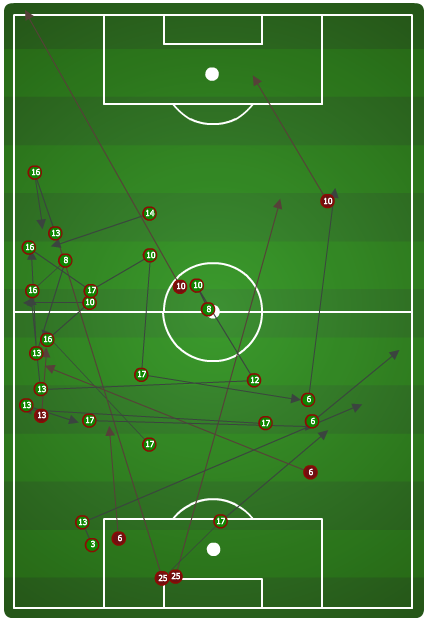 Doesn't look too bad, right? Here's what Portland did to us in those 10 minutes: 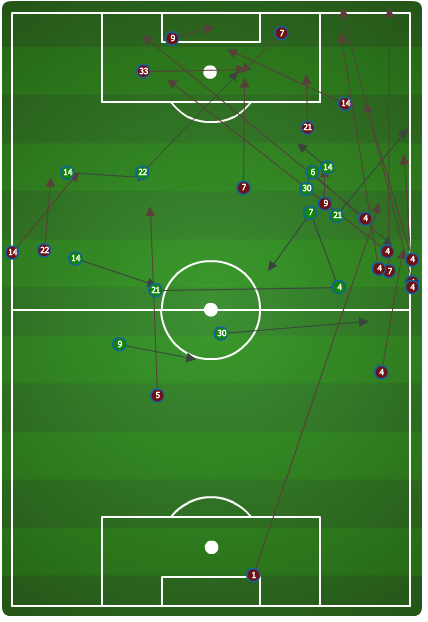 Most of their passes are incomplete, but all of those passes (except 4) are being made in the attacking half of the field.

One big concern I had leading into the game was how Austin Berry and Jalil Anibaba were going to handle Kris Boyd. To make a comparison, here is what Boyd did on last Tuesday night against Houston: 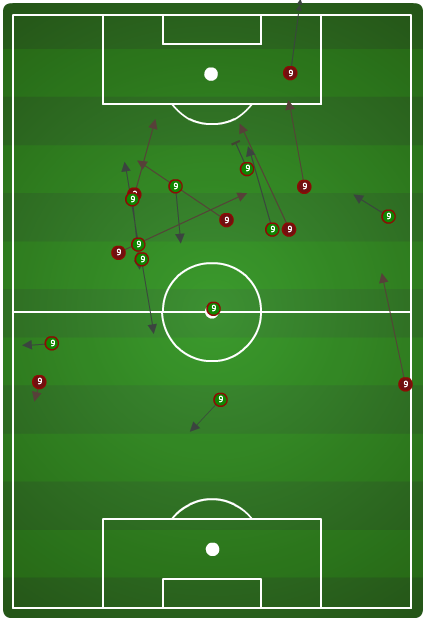 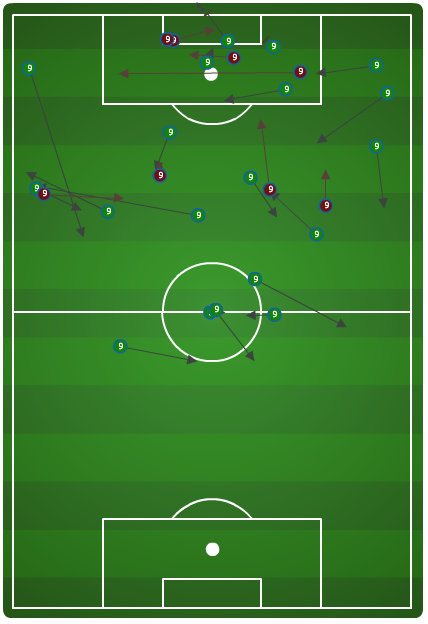 He still only registered 2 shots in the match, but he still had a pretty busy day inside the penalty area. One other thing to note between these two graphics, the pitch at BBVA Stadium is not a much bigger shoe box than Jeld-Wen.

On the overall stats for the game, there were some positives. We completed more passes than Portland and had more of the possession. We also had more shots and more shots on goal. Unfortunately, we only recorded a total of three shots in the second half.

The next chalkboard will be a double feature of F.C. Dallas and the Columbus matches.