Post-Match Chalkboard: Batten Down The Hatches!

Share All sharing options for: Post-Match Chalkboard: Batten Down The Hatches!

This match could have been a blow out. It was not shaping up to be a blow out in the sense that the Fire were the dominant side. The Fire were just simply having better run of play and were moving the ball up the pitch with relatively little difficulty. Unfortunately, Gonzalo Segares's straight red card in the 29th minute changed all of that. Before Segares had been sent off, the Fire had recorded 6 shots and 2 goals. For the remaining 60 minutes of the match playing a man down, the Fire only managed another 3 shots.

A pretty bare bones look at the match after the jump.

Sega's red card in the 29th minute did not completely derail the Fire's offense in the first half. Even a man down, the the Fire still managed 49% of the possession and 3 shots in the last 15 minutes before halftime. The biggest impact of Sega's absence in the first half was on the defensive end. Logan Pause moved to left back to replace Segares, leaving Pavel Pardo to play as the lone central defensive mid.

In the 36th minute, Pardo was caught too far to the left side of the field and burnt on a pass to Crew midfielder Tony Tchani. This left Tchani with space to run into and put a shot past Sean Johnson. Pause and Pardo have developed a pretty good chemistry between them and cover for each other in the midfield. On Tchani's goal, it seemed that Pardo was expecting Pause to be there for coverage. Without Pause working alongside Pardo in the midfield, the Crew managed 4 shots (1 goal, 2 on target) over the final 15 minutes of the first half.

There were no substitutions made during halftime to account for being a man down. Instead, the team changed their tactics and played defensively to protect their lead. As the match wore on, Klopas made the necessary substitutions to preserve the Fire's lead. Rolfe was subbed on for Grazzini, who has a habit of disappearing after halftime, in the 59th minute. Arne Friedrich came on in the 72nd minute for Patrick Nyarko, which allowed Logan Pause to return to the midfield.

Finally, Rafael Robayo came on for Dominic Oduro in the 80th minute and put on his best performance as a member of CF97. Robayo played his usual game, so it wasn't anything out of the ordinary. It was context of the situation that made his efforts noticeable. If there's one thing Robayo can't be faulted for, it's his skill at passing the ball doing it in a way that keeps defenders from getting it. Robayo's finess was valuable in the final minutes against Columbus as the Fire were trying to kill the clock.

Beyond that, there is really not much more to say about the second half. The Fire battened down the hatches and weather the storm of teh Columbus Crew. Below are some statistics and shots from the OPTA Chalkboard to show what the Fire were able to fight off in the final half.

The Crew sent in 19 crosses in the second half (the Fire managed only 2): 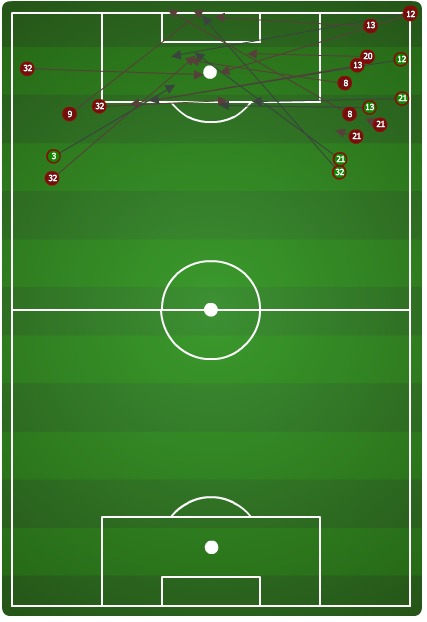 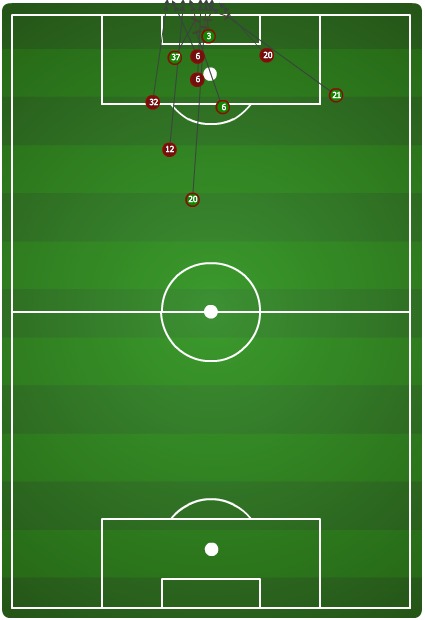 Here is what the passing chart looked like for the Fire for the second half: 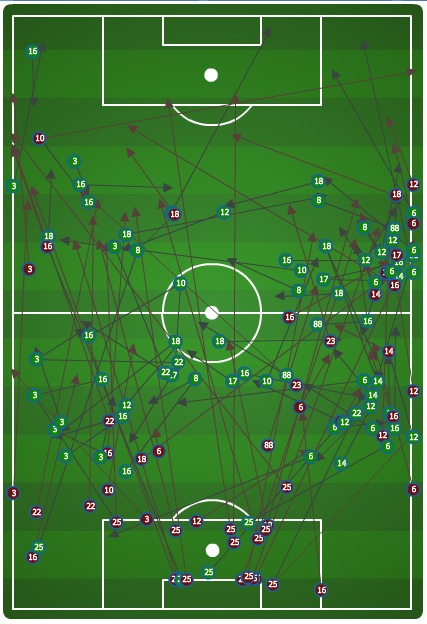 Here is what the Crew's passing chart looked like for the second Half: 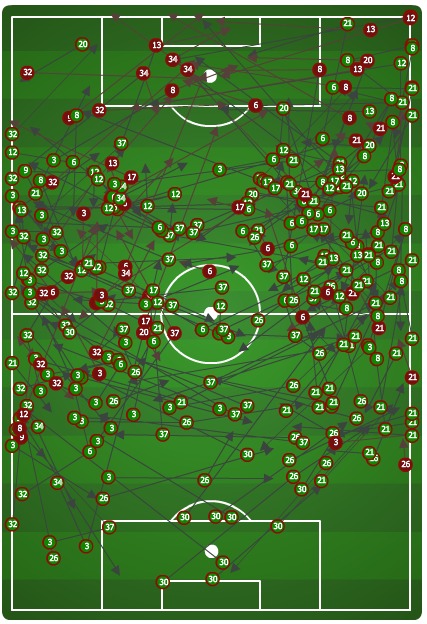 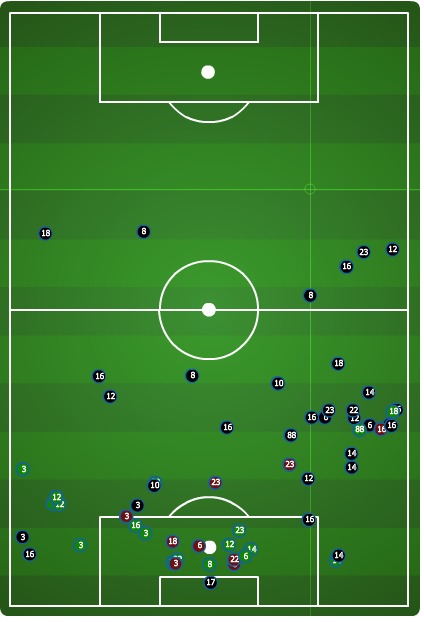 That is it. Columbus threw everything they had at the Fire, but they couldn't get the equalizer. Columbus will be back to Toyota Park on September 22nd for the third and final match of the season between these two teams.