Chicago came out early and looked like they were going to try and take three points home from Houston. I really enjoyed that; and for a couple of moments in the first half, they came close to doing it, too. Once the second half began, it became more about trying to get back home with a result. The Fire went into this one with a four point lead over Houston, and they return home with a four point lead intact.

And really, it's not like this was going to end any other way. Chicago and Houston have now drawn each other four times in a row. These two teams do seem to neutralize each other from doing anything exciting. I'd feel pretty good marking September 2nd (also in Houston) as a draw, too.

As Gregg pointed out in his game recap, Chris Rolfe had a rough game. It was a physical game and the refs let a lot of stuff go. It was still a decent game by Rolfe. Statistically, it was almost on par with what Sebastian Grazzini does. He was more involved in the game, he was a better passer and he didn't completely fade at the start at the second half. 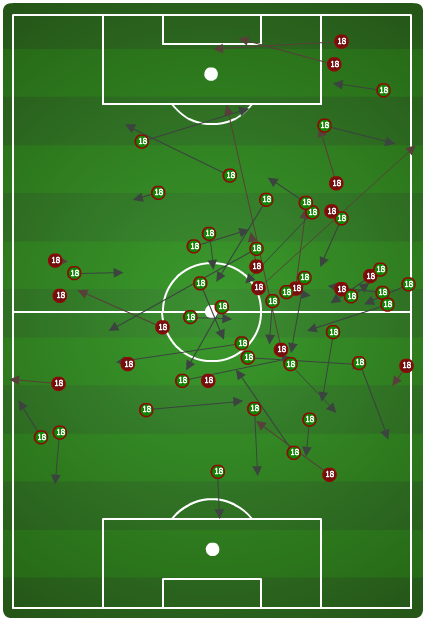 Still, if I had to choose between Grazzini and Rolfe for attacking mid, I'm picking Grazzini. The role fits Grazzini better. Unfortunately, it's sounding like Grazzini has played his last match as a member of the Fire. This Alex guy is looking decent. Hopefully he pans out.

When Ryan posted his story the other day with the Castrol Index, I was surprised to see how low Anibaba was ranked. I thought Anibaba was doing pretty well this year, but a few people pointed out to me that Anibaba is not too great with the ball. For this game, I looked at Anibaba's "Tackled and possession lost" stats. He had 10 total which was the third highest for the team on the night. 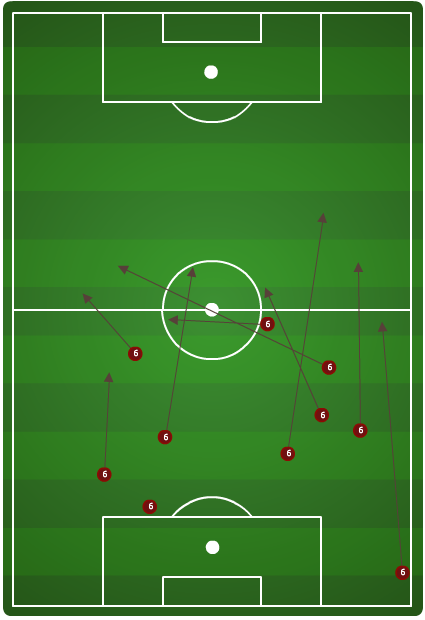 The disconcerting thing about this is the fact that he's losing possession in the defensive half. I haven't looked over all of Anibaba's games, but if this is run of the mill for him, the Fire are lucky that no one has been able to take advantage of this

It might be a little generous calling what Oduro did late in the first half as an attempt. Unless you're attempting a bicycle kick, the ball shouldn't travel behind you. It's frustrating because he did everything right, except for the execution of the shot. He's definitely better than he was in Houston, but he still lacks a finishing touch.

Tally Hall definitely felt Pappa's shot through his keeper's mitts. Pappa should have tried to one time his shot, but instead he decided took take his time and line his shot up. He gave Tally way too much time to get set. If this doesn't work in the MLS, it probably won't work in the Dutch league either.

Gregg also mentioned this in his recap, and I've brought it up a few times as well. Why is it that Klopas doesn't just give the bench a chance? We want to make the playoffs this year, but we would also like to see some of the players on the bench not named Federico Puppo get some valuable minutes. Maybe it was because Houston is a conference opponent, and Frank didn't want to risk loosing points. If that's the case, we'll have a pretty interesting lineup on Saturday.

And why not start Orr Barouch? We all complained about how small Jeld-Wen's playing surface is, and BBVA is not much bigger. Oduro can't get loose. Cadillacs need room to roam (although I wouldn't consider him a Cadillac). It might have been wiser to bring out Barouch who could hold possession. Then again, I'm biased. I'm practically the president of the Orr Barouch fan club. I'd like to see him get a few more chances before writing him off.

On a Side Note

David Beckham won't be at Toyota Park on Sunday. But don't fret Beckham fans! He'll be on a T.V. show hosted by another Englishman with an anger issues the following day. Also, how can I get a job writing recaps for awful T.V. shows?