Saturday's win was the third straight match in which the Fire have scored multiple goals. This all comes after only scoring 2 goals for the entire month of July. Yes, our last three matches were against some pretty poor competition, but these are games good teams must win.

While part of the goal production can be attributed to the opponents the Fire have faced in August, some of this credit should also go to the acquisition of Sherjill MacDonald and Alvaro Fernandez and to the fact that Rolfe seems to be looking more comfortable with his role in the team. Overall, this is a better Fire team than the one that was taking the field before the month of August. If the Fire perform well in their next two matches, the conversation about the Fire should go from just a possible playoff team to possible contender for the MLS Cup.

A look at Patrick Nyarko's performance from Saturday, Logan Pause's fill-in and a potential defensive concern after the jump.

There were a couple of players from Saturday's game who could be named man of the match (Sherjill MacDonald and Chris Rolfe come to mind), but, in my opinion, Saturday's man of the match was Patrick Nyarko, who gave New England fits all day. It was his individual effort that set up Sherjill MacDonald's game winner. That goal was the first of many moments where Nyarko made Kevin Alston look downright foolish. 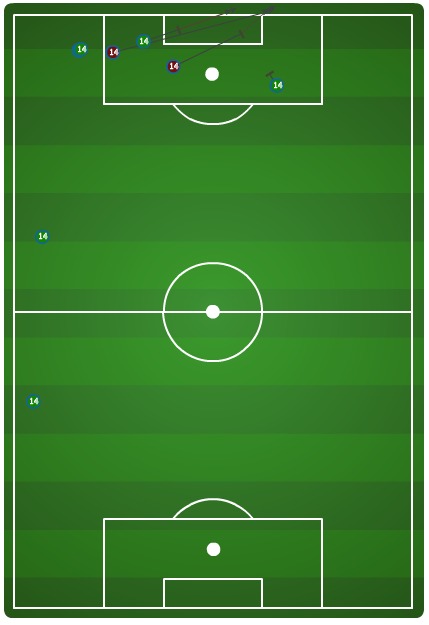 4 successful dribbles (dribbles where a defender is beat) in a match is high. Most players get 1 or 2 if any. Nyarko also recorded 4 shots to go along with his assist.

Daniel Paladini had a quiet, but solid game. He had a few takeaways in the midfield and distributed the ball efficiently completing 39 out of 45 passes. He didn't do anything to blow anyone away, but he got the job done. 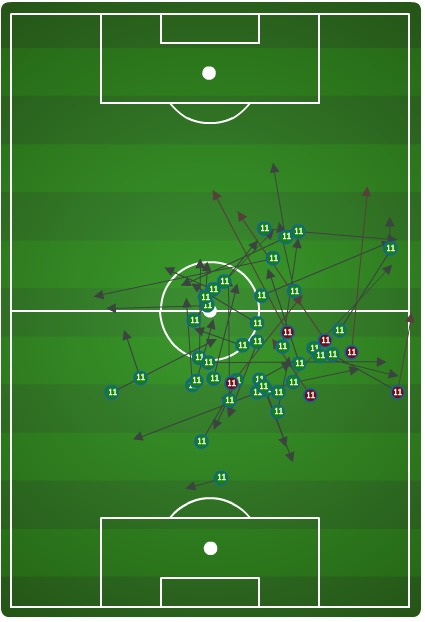 It's good to see that the Fire have a space holder for Logan Pause until October. This was Paladini's first full 90 minutes with the first team. While he does get playing time with the reserve team, those matches are fairly infrequent. Let's hope Paladini is fit enough to go another 90 minutes on Wednesday.

Chicago's defense has looked stout since the beginning of the summer, but over the past two games, the defense seems to need the first 10 or 20 minutes to get going. Here is what New England was able to do in the attacking third on Saturday: 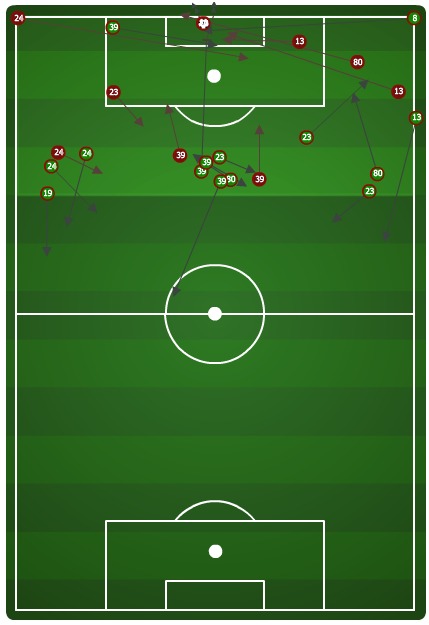 12 out of 20 passes completed with 2 shots and a goal. Here is what New England did in the attacking third for the other 25 minutes in the first half: 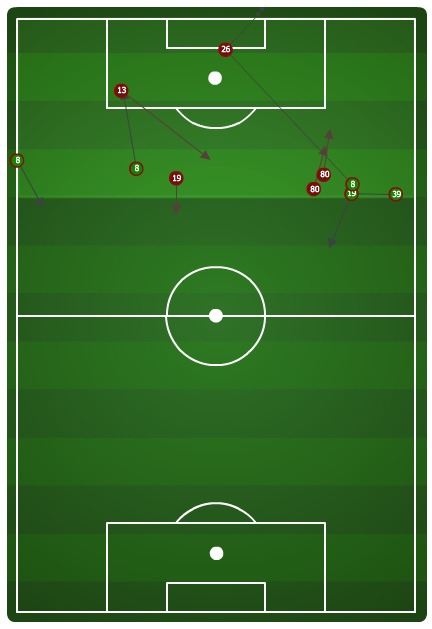 That's 4 of 8 passes completed with 1 shot off target. It's a pretty big improvement from the first 20. Additionally, here is the first 20 minutes in Philadelphia: 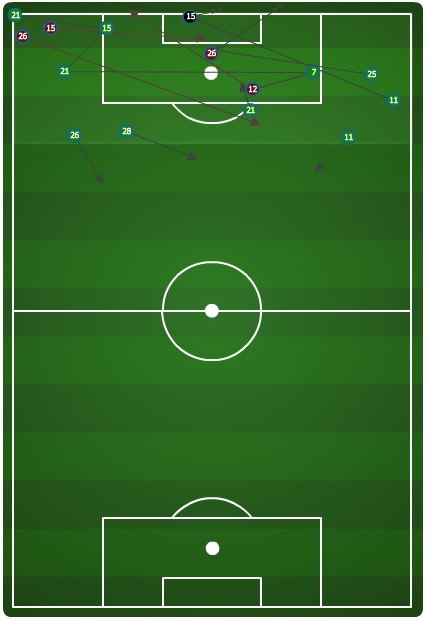 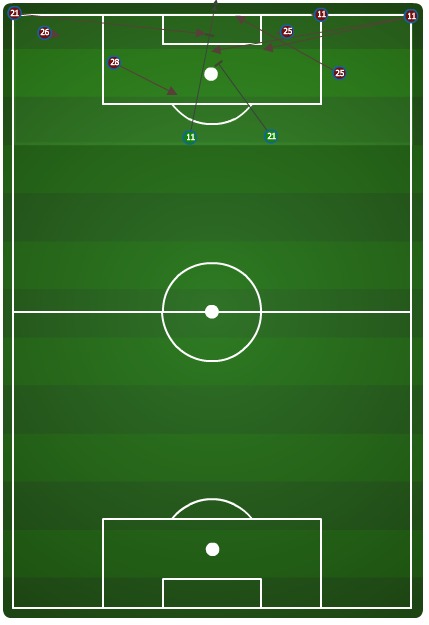 These slow starts by Chicago's defense could be a weak spot for the team. While the Fire defense does get better as the game progresses, they have given up 3 goals in the first half of the last three games, and all 3 goals were self inflicted - Marco Pappa's careless pass, Anibaba's own goal and the flat out sloppy defending against New England. Chicago has show a penchant for going down a goal early, but these goals against the three cellar dewelers of the East are a little disconcerting. Mistakes like these against teams like Houston and Sporting KC will become losses.