Share All sharing options for: Post-Match Chalkboard: Spoke Too Soon?

Want some good news? Chicago is still ahead of D.C. United in the standings. Want some better news? D.C. United have to travel to Saputo Stadium to play Impact de Montreal on Saturday. Montreal have been unbelievable at home this year and near Portland Timbers level awful on the road. If Montreal can maintain their home dominance against D.C. United on Saturday, then the Fire and D.C. will be level on games, but the Fire will maintain a one point lead while getting some rest.

Feel better now? Good. Because there's going to be some ugliness after the jump.

I would've been happy with a draw. I could have tolerated a loss by one goal. This was not expected, so please forgive me if I come off a little rash on anything said in this post. I have let some time pass between watching the game and writing this post, but I am still in a bit of hysterics.

I have no idea what I saw on the pitch Wednesday. Were the Fire too used to playing awful teams in August? Were they just tired? D.C. did have a couple more fresh legs on the pitch than the Fire did thanks to suspensions. Was it the travel? I don't know. The first 30 or 40 minutes had seemed like everyone had just been woken up from a nap, and D.C. was finding space all day. It was frustrating.

As I've harped on in previous posts, the defense has seemed to start off slowly. This match was a little odd. Watching it, it felt like the defense was being lackadaisical, but passing wise according to OPTA, it wasn't too bad. D.C. only completed 2 of 8 passes in the attacking third in the first 20 minutes. The killer, however, was that D.C. had 4 shots and 1 goal. Once again, the first goal was something that should have never happened. 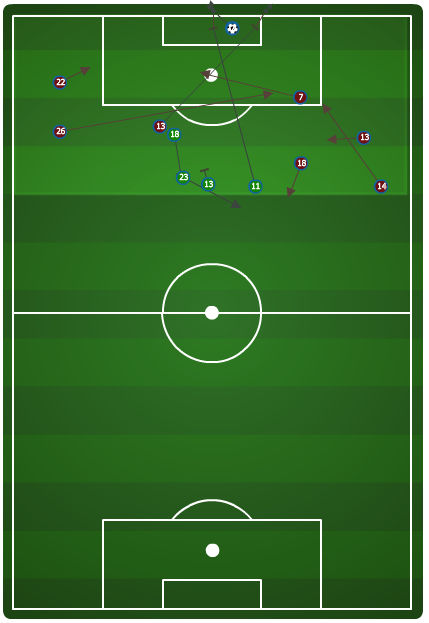 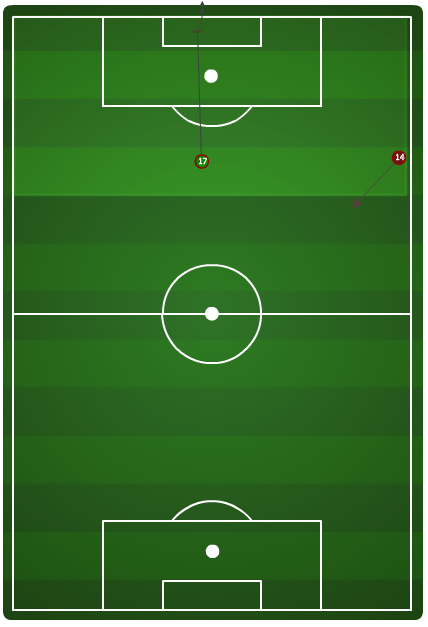 Yes, I did laugh a little when I saw this. It's pretty awful. Why couldn't we get anything going in the final third? Were we awful in the midfield? 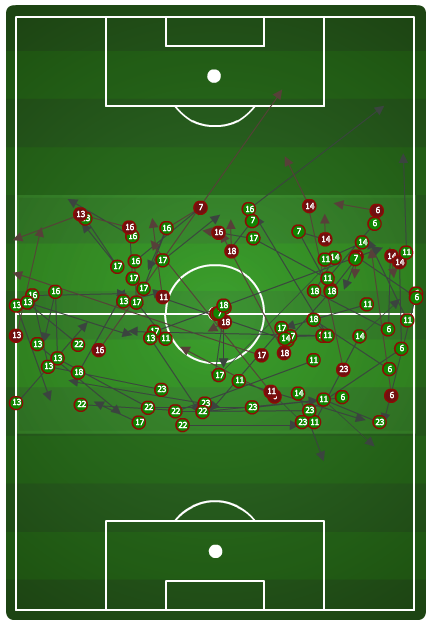 That honestly doesn't look so bad. We completed 79% of our passes in the midfield, so that should have led to more offense, right? 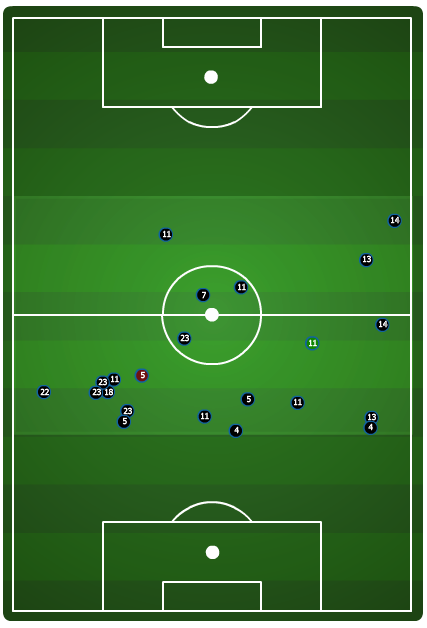 Oh, so that's the defense that D.C. put fourth in the midfield over those first 20 minutes? Now I get it. A majority of those defensive points are ball recoveries. It felt like every time a Fire player touched the ball, the touch was too heavy, and the ball would just seem to roll to another D.C. player following the run of play. It happened the entire night.

Can We Shut Up About Paladini Now?

I'm not sure when, why or how this happened, but I feel like there are a number of Fire fans who are anti-Daniel Paladini. I thought most fans supported this guy. In any case, I'm a fan of Paladini, and as I mentioned over on Scott Fenwick's post over at Man on the Fire, I feel like I've been a bit of a Paladini apologist. If anyone reading this has a reason why Paladini should not be playing in place of Pause, please say something in the comments. 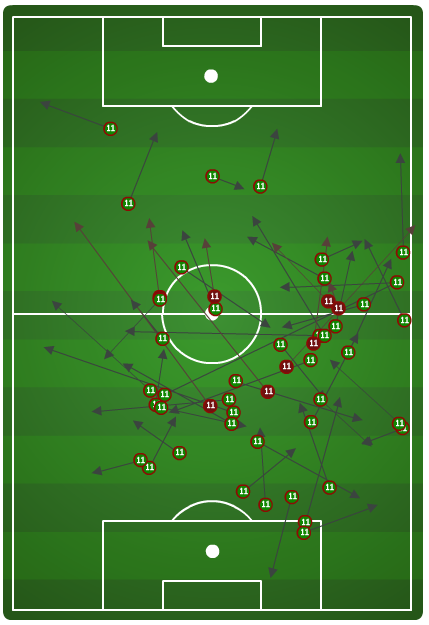 He completed 42 out of 50 passes tonight. Got forward a lot as well. That's a pretty solid performance for a holding mid. 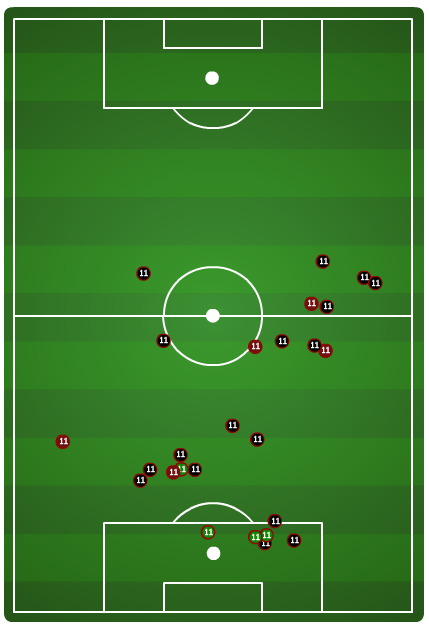 And above is what Paladini did defensively. He had 10 recoveries, 6 interceptions and 4 clearances. When it comes down to it, Paladini's game is very similar to Pardo's. He likes to get forward and get into the attack. Pause compliments Pardo because Pause prefers to lie deep and play the conservative, defensive role. There is a chance that Pardo might not be back next year. Paladini could be a good fit for when Pardo leaves.

I know there are a lot of fans high on Videira, and after his sub appearance during last weekend's game, I can see why. I know a lot of fans who would like to see Videira over Paladini, but I can't agree with that just yet. I've hardly seen Videira play. He's put in 31 minutes so far this season. After what I saw against New England, I wouldn't mind seeing a little more of him on the field.

After talking about Paladini, I can't leave Pavel Pardo out of the conversation. He had a monster of a game and was the most influential player on the pitch Wednesday for the Men in Red. 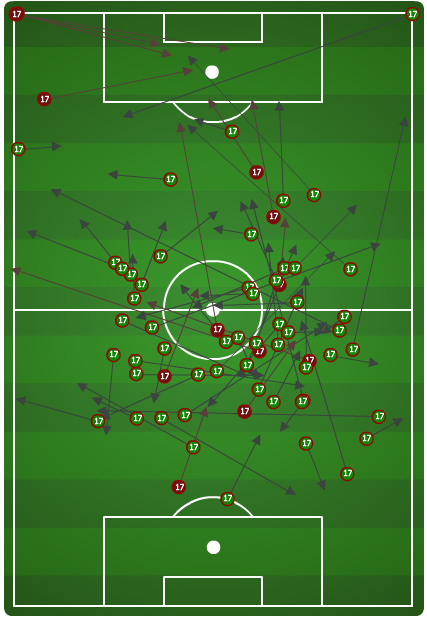 Out of all the statistical points recorded for Fire midfielders during this match, 49% of them were from Paladini or Pardo. Nyarko had a pretty large chunk of those as well.

Did Marco make the trip to D.C.? Or is he already in the Netherlands?

This has not so much to do with the D.C. match, but more to do with watching Alvaro Fernandez overall as a member of the Fire. Alvaro does have a nose for finding open space, and he has had a few chances on net, but I'm quickly losing patience. I want to call him a bust, but I'm going to reserve my judgment until after Marco Pappa leaves for Europe. Hopefully I won't ever have to call him a bust, but so far, the only good thing coming from Alvaro is that every time some one calls him Flaco, it makes me think of Falco, which makes me think of one of my favorite songs.

I had heard of D.C. starting Andy Najar as a fullback, and it kind of perplexed me. Najar seems to a naturally gifted player who should always be in an attacking position, but D.C. United does seem to have a crowded midfield of talented players (Hell, DeRo never played forward in Houston). But after watching Najar last night, I can see why Ben Olson would put him there. He's Steven Beitashour on speed/steroids. Najar is only 19 years old, and this was only his 4th or 5th game at fullback. A little more experience at the fullback position and overall, this kid is going to be one of the best fullbacks in the league. He could be the Honduran Philipp Lahm. 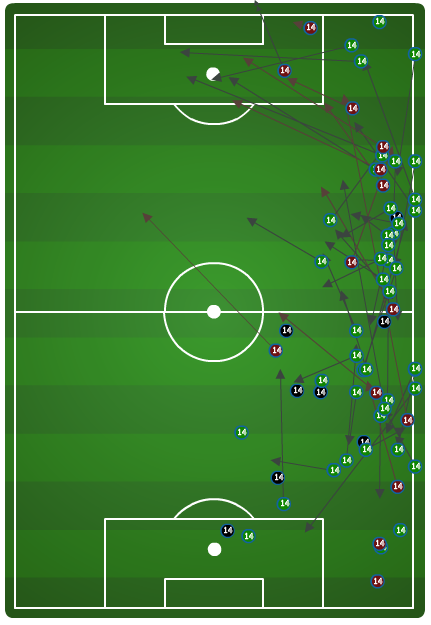 This was a tough one, the Fire now have only one match against every team in the East remaining. D.C. will be at the very end of that line coming to Toyota Park to close out the season. It could be a very important match. At Toyota Park, the advantage has to be in the Fire's favor.