My apologies for getting this out late. I got really behind on almost everything this week, and I was going to just scrap this post all together (it's still only half finished). Since this past weekend has been quiet for the Chicago Fire and Major League Soccer in general, I figured I'd put this up on the site so people have something to read for the time being.

Back Breaker in the 1st Minute

Patrick Nyarko's early goal immediately put Houston behind the 8 ball. After playing a mid-week CONCACAF Champions League game in Central America, the last thing Houston wanted to do was get behind in Chicago early. The early lead gave Houston no choice but to come out and attack. Houston's average formation over the match at ESPN's MatchCenter looked like this: 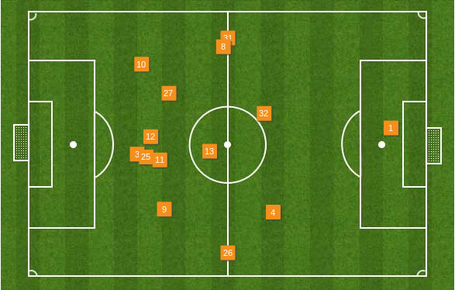 Pretty much everyone for the Dynamo squad spent their day in the attacking half of the field. One of the most interesting things I've been able to find doing chalk board analysis this season came in Dominic Kinnear's halftime adjustments. Below is what Brad Davis did passing wise in the first half: 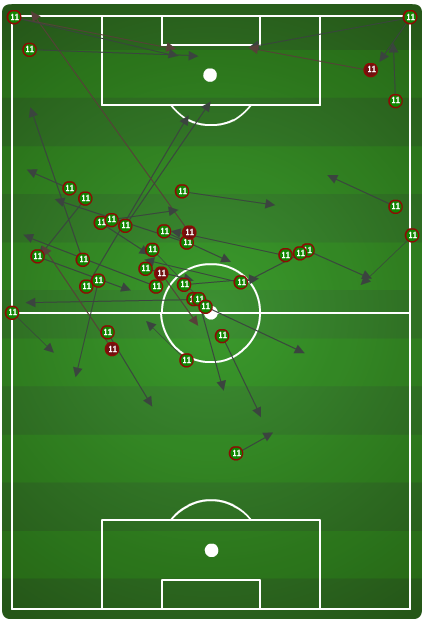 Brad spent most of his first 45 minutes just to the left of center. After halftime, Brad's movement became more lateral acting more like a center midfielder: 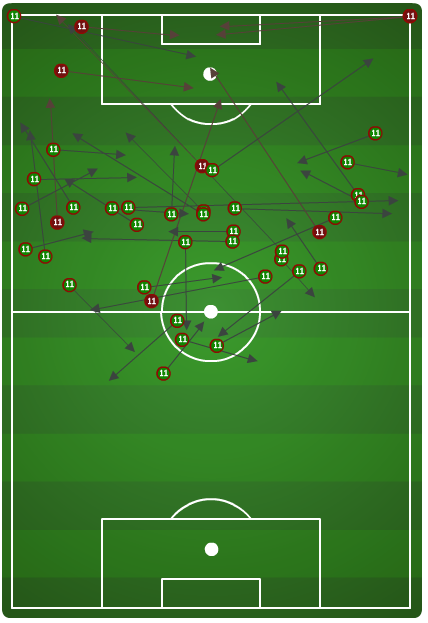 With Brad moving from side to side, it created space for Corey Ashe to work with. Here's Corey in the first half: 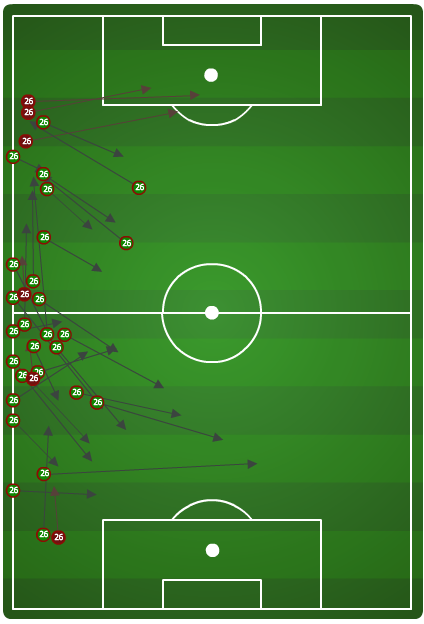 Then here's Corey in the second half: 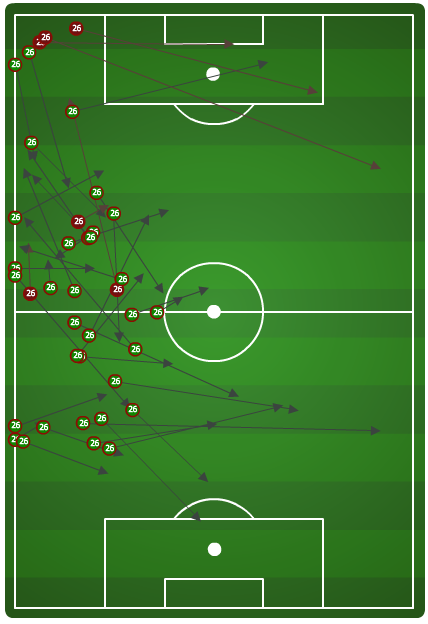 In the second half, the Fire hunkered down and went into defend and counter attack mode. Much of the Fire's passing in the second half was marked by long passes originating from the defensive half, many of them heading to Corey Ashe's side of the field to take advantage of the space behind Corey: 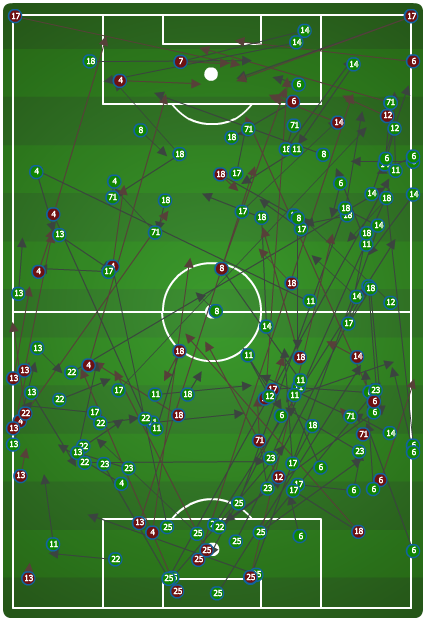 As you can see in this diagram, number 25 was one of the biggest culprits of sending the ball out to the right: 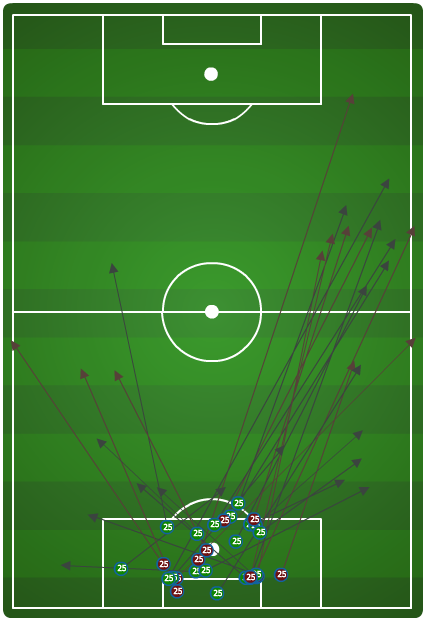 That's Sean Johnson's distribution over the game. Instead of sending the ball out to his left which is Andre Hainault/Kofie Sarkodie's side of the field, he spent all day going after the Dynamo's weaker side in Corey Ashe.

A Personal Note on Pause's Return

I had something called a spontaneous pneumothorax (spontaneous collapsed lung) when I was younger. I had three of them happen between the age of 16 and 19. The third time it happened was the worst. The doctors had decided to take some more drastic measures to try to fix the problem. Long story short, they sawed through a few ribs so they could mechanically scar my left lung and the inside of my chest cavity, so when the two parts healed, they would meld together.

So I've technically had a collapsed lung with broken ribs before. It hurts. Your entire entire chest and shoulder area (basically anywhere your rib cage is) is sore. Since that's essentially the center of your body, any movement from your extremities can be incredibly uncomfortable. At least in my case, my ribs were intentionally broken with precision. Logan Pause's ribs are broken from blunt impact, which is probably much worse. The fact that Logan has been able to even run at practice at all after only a couple of weeks is pretty amazing. Coming in to play the final 5 minutes of the match plus added time? Well, that's just incredible.