Hey, it's a holiday week - let's talk about ways we'd remake the team if we were suddenly handed the power

Share All sharing options for: My Dream Team: A Play-Along Chicago Fire Fantasy

Thanksgiving is a holiday that the USA shares only with Canada, a New World holiday that seems to leave soccer behind. Sure, one gets to watch something called ‘football' as one slides into a tryptophan-induced slumber on Thursday afternoon, but it's that degraded, ads-littered version known as ‘gridiron;' no wonder everyone gets a nap in.

What's a footie freak to do? Here in Fire-land, we're anxiously awaiting the first actions from the Yallop regime - increasingly anxiously, in fact, as Yallop originally envisioned announcing some staff additions within ‘a couple weeks' some 25 days ago. The staff chart for the first team looks a little like this:

... so we are supposing that he's got some calls in, since if Yallop had the technology to replicate himself, the chances he'd use that power to staff the Fire with multiple Yallops is vanishingly small. And we're anxious, as we're about to embark upon a week of very little football indeed ... we need a distraction! Which is what this post hopes to be, someday, once it grows up.

So let's talk fantasy. Let's imagine that, this morning, while you were showering, or eating breakfast, or trying to think of something clever to say to the barista, your phone rang - Los Angeles calling. It's Andrew Hauptman, and for the sake of this fantasy he was totally cool, asking how the family is, a total mensch. And, of course, he's calling because he's at sea with this building a winning organization thing, and he knows that you, random-fan-who-is-maybe-a-bit-too-invested, you have great ideas in that big random-fan brain of yours, and he needs great ideas the way a beached dolphin needs its skin moistened: Constantly, urgently, immediately. He wants your suggestions on how to build the team.

Andy - he asks you to call him Andy, which would be surprising if you weren't making the whole thing up in your head - has a whole host of questions: Who should they bring in on the coaching staff? What players should we recruit? What players should we let go? And, just to make the whole thing weirder, he doesn't want you to tell him your answers - he wants to ask the questions, then hang up and let you answer on Hot Time, like a caller on a radio show who'll take the answers off-the-air. "I want to know everything you'd do!" he shouts, clearly a bit excitable, but hey, it's probably like 5 a.m. where he is, so you're cutting him all kinds of slack. "Philosophy! Style! Emphasis! Am I shouting?! I gotta go!" And then *click* - he's gone. You're left here, logged into Hot Time, just you, your thoughts and your keyboard. What. Do. You. Do?

So begins My Dream Team, just the first of several time-wasters Thanksgiving-week features on Hot Time. Scrolling past my first entry, you will find an area where you can record your thoughts on how you'd remake the Fire.

One Version: Bring The Boys Back Home

There are all kinds of themes one could go with in a rebuild, and at some level any approach is defensible. For this first example version of My Dream Team, I'm going to start with an idea: That this franchise isn't a franchise, it's a club that's been captured by a corporate franchise entity; the club will outlive the franchise entity in which it currently resides; the club functions as a true social entity, expanding into people's lives as people's lives expand to include it, and as such is more analogous to a family than a business. If I were given the keys to the kingdom, I'd do my damndest to find technical staff talent who had worn the badge of the club with pride. I'd bring the boys back home. 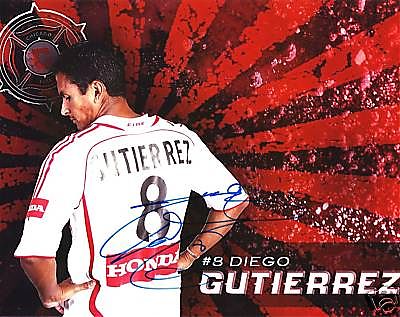 Gutierrez has become an influential agent and deal-maker since ending his playing career, and is filling a similar dual role as the one I propose for the Philadelphia Union. Whether he's perceived as complicit in the financial malfeasance perpetrated, sadly, by Peter Nowak is a complicating factor. I'd argue that Diego's financial and legal acumen trump those concerns; if you can't come home for a second chance, where can you go?

I wouldn't leave Gutierrez in both the technical director and scouting roles; his first brief as director of scouting would be to build a scouting department and train his replacement (with a bonus for completion, natch). 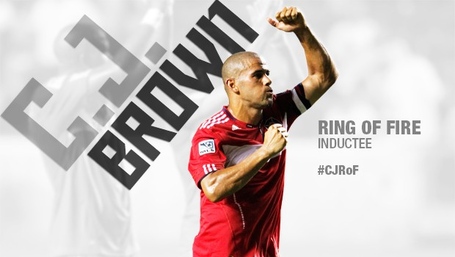 There are probably readers of this blog who know the inside story of CJ leaving the club to apprentice as a coach at RSL; I'm not privy to those stories, though. It's clear that Brown is considered a valuable part of one of the best coaching staffs in the league, a guy who will be ready to manage in his own right in the not-too-distant future. I'd like to see CJ brought in as an assistant manager, with the idea that he's being groomed for the top spot whenever Yallop wants to wander off elsewhere. 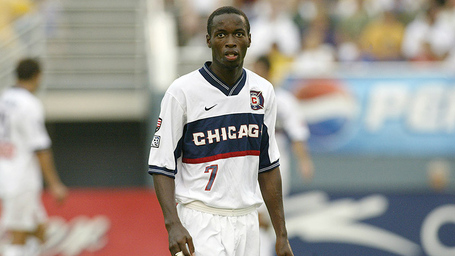 There are precious few players left who can bridge the gap between the current team and the club's period of greatness - and Beasley's the best of them. His late-career makeover into an attacking wingback dovetails nicely with the club's need for an upgrade at the position, a crucial one in modern football. I'd make him a low DP offer and repatriate him from LigaMX.

This move means the end of Gonzalo Segares as a presumptive starter, but I don't imagine it as the end of his career with the Fire - far from it. Segares plays out his career as the first guy off the bench in either the left wingback or left-centerback roles, spelling Beasley or lighting a fire under Soumare, respectively. 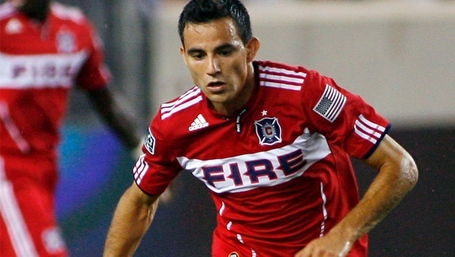 This one would be tricky, but Pappa is absolutely buried on the bench at Heerenveen; would the Frisian club consider loaning him back to us? It'd give Marco a chance to get his form back, and on our end, it's possible we could woo him to stick around - playing time is bread and water to a young player, and Pappa should be just coming into his prime at 26.

Peter Wilt, proprietor of The Dream 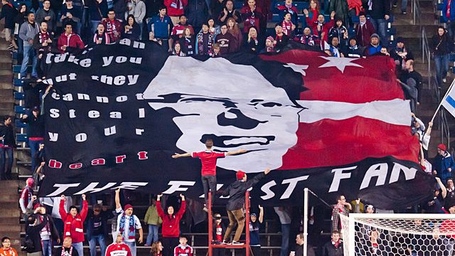 I know Peter's got this other gig down in Indianapolis, but we had Johnny Soccerseed first, and we need to honor him. Get Wilt up here for big events. Make it clear that he's still part of the family he helped found. Whatever ill will exists, get past it in private first, then in public immediately thereafter. Make a point of publicly burying the hatchet, perhaps even to the extent of allying with Indy11 for a friendly trophy in Peter's name. The Wilt Cup sounds good to me.

I'm going to close up shop there - this is just an example of the kind of thing we're looking for. Pick your philosophical or stylistic aim, then suggest some changes to the team consistent with that idea. And please, don't troll, people. This is brainstorming. Everyone suggests stupid stuff. Let it slide, ok? "Yes, and ..." rather than "no."