Post-Match Chalkboard: Enough, But Not Enough

The Chicago Fire lost to the Houston Dynamo 2-1 on Sunday for their fourth loss of the season. Here is a look at the game from an Opta perspective.

Share All sharing options for: Post-Match Chalkboard: Enough, But Not Enough

On Sunday, the Fire were a mere 9 minutes away from securing a point in Houston. The Fire did enough to earn a draw against Dynamo. Unfortunately, thanks to a momentary lapse of concentration on a set piece, the Fire tossed all of their hard work down the drain.

In the first half, Houston was bombing down the flanks and sending crosses into the box. The Dynamo managed to complete 5 of their 15 crosses.

ABOVE: Houston's passing in the attacking third - First Half

Houston also managed 8 shots in the first half, but only 3 were put on target. 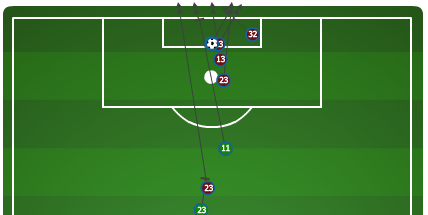 ABOVE: Houston's shots - First Half

In the second half, Wells Thompson and Gonzalo Segares stayed further back to take away the attack on the flanks. This forced Houston to play more through the middle of the field. The Dynamo only got off 8 crosses in the second half and completed 1.

ABOVE: Houston's passing in the attacking third - Second Half

With the Fire emphasizing defense in the second half, the Dynamo only managed 4 shots. 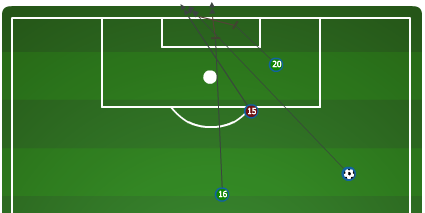 ABOVE: Houston's shots - Second Half

The Fire had a difficult time playing through the middle of the field during the game and relied on the moving up the flanks through Wells Thompson and Gonzalo Segares. When Segares and Thompson stopped getting as far forward in the second half, the Fire attack dwindled. 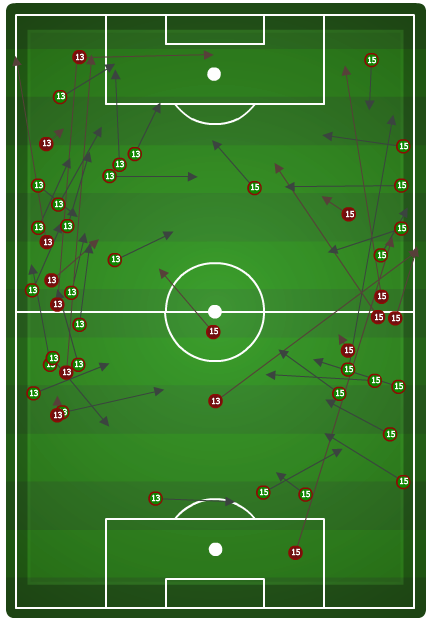 ABOVE: Segares and Thompson's passing - First Half 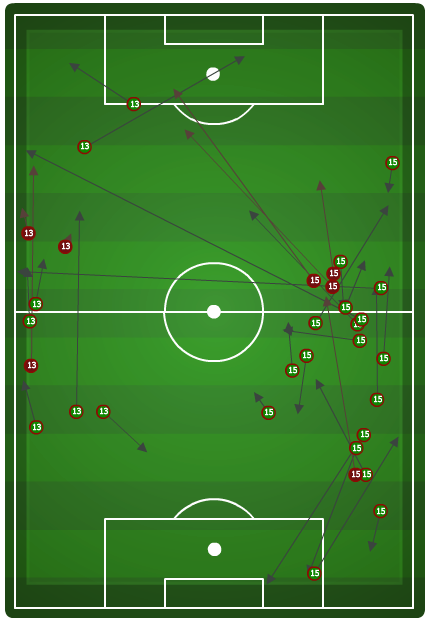 ABOVE: Segares and Thompson's passing - First Half

NOTE: Dilly Duka was at .800 passes per minute, but he only played 5 minutes.

While the Fire struggled offensively through out the game, and even more so when the defensive backs were not providing support, they had managed to keep Houston at bay during most of the second half. It's very disappointing for the team to be coming home with a loss.

Below are some other observations from Sunday's game.

Daniel Paladini's first half against Houston sort of mirrored his first half against New York. He spent most of the first half not getting involved in the game. Unfortunately, the mirror image ended with the second half as Paladini attempted one pass before being subbed off in the 57th minute, and he didn't even manage to complete that one pass. 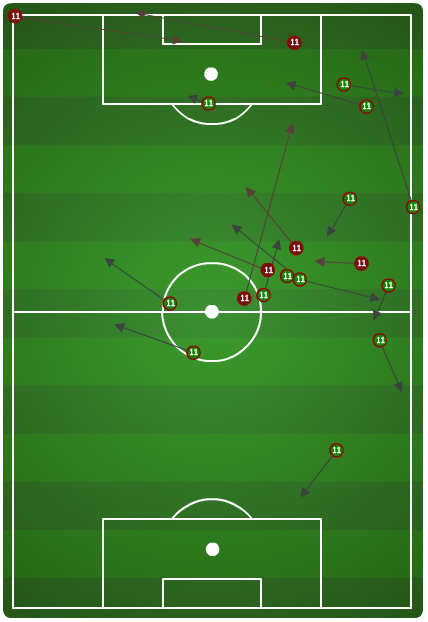 ABOVE: Paladini's passing until he was subbed off

Aside from the assist on Chris Rolfe's goal in the 29th minute, Paladini had a disappointing followup to last week's performance.

Sherjill MacDonald has been looking better these past two games when it comes to his fitness level and his hold up play. MacDonald had a pretty good day fending off Dynamo defenders and distributing the ball deep in the Dynamo end of the field. Unfortunately, MacDonald struggled to connect most of his passes, and when he did connect, the passes did not lead to much.

ABOVE: MacDonald's passing in the offensive 3rd until he was subbed off

Whenever Sean Johnson had an opportunity to distribute the ball on Sunday, he usually tried to blast it up field. This didn't work out too well. Overall, Johnson completed 11 of his 31 distribution attempts. He was 4 out 24 when he was blasting the ball over the midfield. 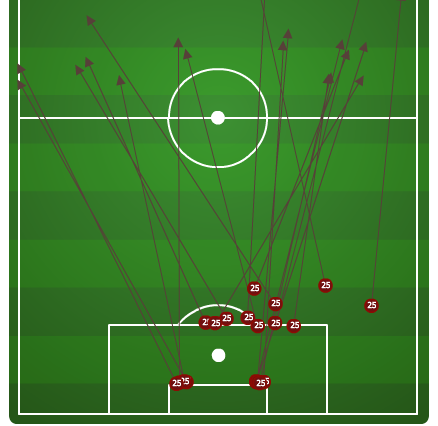 When distributing the ball short, Johnson was a perfect 7 for 7. 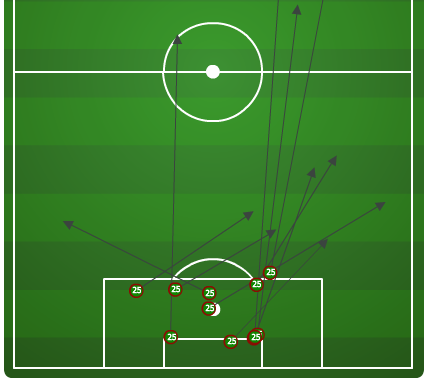 While watching the game, I didn't take notice of Johnson's distribution, so I couldn't really say whether it was his fault or the team was just getting beat in the air. Houston's midfielders are about the same size as the Fire midfielders. Either way, the Dynamo got the ball fairly easily 21 times on Sunday.