A strong Chicago Fire performance at home was spoiled by a lack of goal scoring and Jack McInerney. This week's look at the most recent Fire loss from the Opta Chalkboard.

The Chicago Fire's loss against the Philadelphia Union on Saturday was similar to their last game at Toyota Park against the Columbus Crew back on April 20th. In both games the Fire looked to be the more dominant team as they out-shot and out-possessed their opponents. Matter of fact, the Fire have been pretty dominant at home so far this season in a couple of facets of the game. Even during the Chivas debacle, the Fire were putting up impressive numbers in a few statistical categories.

Unfortunately, the statistical category that means the most is the only category the Fire do not have the upper hand in. In all other categories, the Fire have the edge.

The biggest discrepancy between the Fire and their opponents is in the shots on goal category. The Fire have put twice the amount of shots on goal than their opponents when playing at Toyota Park. Chances are being created, but they are not being converted. Most every player on the Fire right now seems to have a habit of firing their shots directly at the keeper. On Saturday. Zac MacMath had to make a couple of great saves to keep a clean sheet on Saturday, but at least 4 of the the 7 shots on goal were straight at him.

The lack of goal scoring should be the Fire's biggest concern right now. After 9 games this season, the team has only netted 6 goals. This is atrocious. Half of this year's goals came in one game against the New York Red Bulls. On the road, the Fire have only netted one goal. Those are not very good numbers.

After the game in Montreal, where the Fire were shut out for the 4th time this season, it seemed pretty evident that something needed to be shuffled in the lineup to get something working offensively.

Against Montreal, the Fire managed 4 shots on target. Two of the shots on goal in Montreal were from well outside of the penalty box. The two shots inside the penalty box were from Sherjill MacDonald Gonzalo Segares.

Patrick Nyarko might not be striker by trade, but putting in one of the quickest and craftiest guys on the team up top did not seem like a bad idea to shake things up. The move almost paid off, too. Nyarko's speed gave the Union trouble a couple of times throughout the match, and his shot in the 48th minute came very close to giving the Fire the lead. 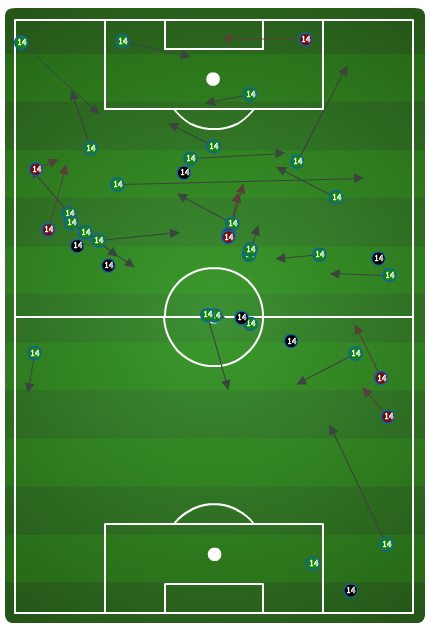 Statistically, Nyarko had a game that is pretty much on par with what MacDonald has put together recently. He was 22 of 29 on passing, 2 key passes and 2 shots. Nyarko was even able to put his back to defenders and hold the ball up the ball a couple of times.

I think playing Nyarko up top is a sign that Sherjill MacDonald's time with the Fire might be done. MacDonald might have another chance or two to redeem himself, but I would not be surprised if Nyako plays up top in the meantime until A) Maicon Santos is healthy or until B) the Fire are able to bring in another forward via trading Robbie Rogers.

The move from Columbus has not been an easy transition for Duka to this point. He had a short preseason then he got injured. Saturday was Duka's first start since his injury, and he put in his best performance as a member of the Fire so far. 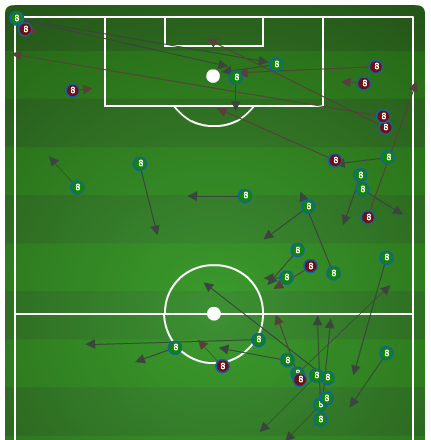 Dilly Duka completed 23 of his 34 passes on Saturday. He also had 2 completed crosses, 3 tackles, 4 key passes and a shot on goal. Maybe this is a sign the Duka is starting to get up to speed with his new team.

I've been critical of Wells Thompson up to this point and have focused on him in a couple of these chalkboard posts, however, Wells is starting to win me over. He is good at adding support offensively, and he is improving defensively with each game. Saturday was Wells' best game defensively for the Fire. 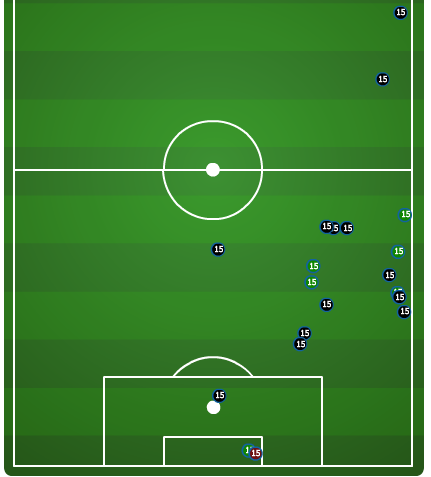 On the day, Wells lead the team in tackles with 6. He also had 9 recoveries, 3 interceptions, a block and a clearance.

The season has been a rough one so far, but there are some positive things going on with this team. The team is creating scoring chances and is looking better offensively than they did early on this season. If the offense could just find a way to score goals, and if the defense could learn to be focused for a full 90 minutes, this team could still make the playoffs this year. All that matters during the regular season is that a team makes it to the playoffs. Right, LA?