For the second week in a row, the Chicago Fire fall to the Philadelphia Union by a score of 1-0. This week's chalkboard post is going to be short as I'm working on another article to post on Friday.

Share All sharing options for: Post-Match Chalkboard: Game No. 10

John Hackworth made a few alterations to his line up on Saturday. The result was a more potent looking Philadelphia Union at home.

The most influential change to the lineup was starting Sebastien Le Toux up top with Jack McInerney. McInerney was the man of the match on Saturday, but Le Toux was a close second. 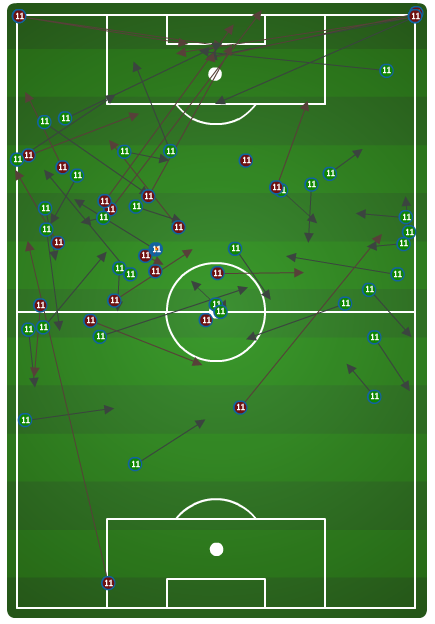 Le Toux completed 4 out of 10 attempted crosses, 2 key passes and an assist.

Another adjustment that Hackworth made was switching Danny Cruz from the right wing to the left wing this past Saturday. The speed of Cruz gave Fire right back Wells Thompson trouble throughout the 63 minutes that Thompson played. Cruz had 2 successful dribbles out of 4 and won two fouls, both committed by Thompson. 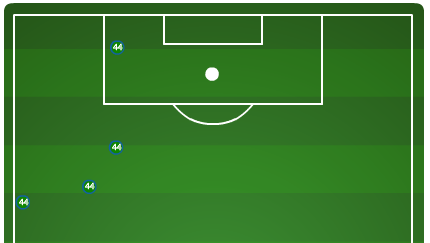 With the speed of Cruz to deal with, Thompson could not afford to get forward and support the attack. 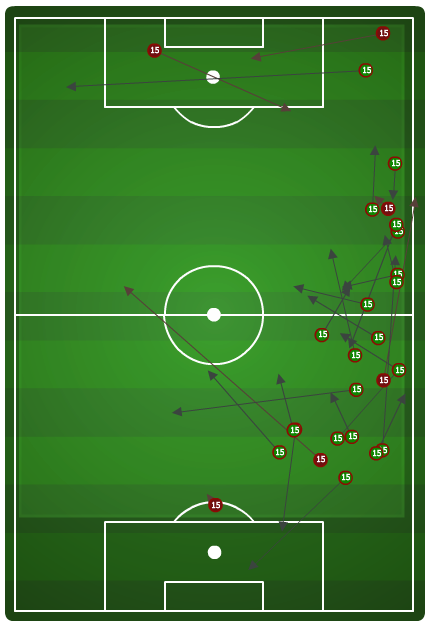 Last week, I had wrote that I thought that Wells Thompson might be getting a hang of things at right back when it came to the defensive aspect of the position. After this past game, I'm redacting that. Wells is progressing, but he still has a long way to go.

In the end, there were some players on the Fire squad who had a decent game individually. As a team, the defending was sketchy at times and the attacking was toothless throughout. The Fire put 6 shots on target in the game, but the only shot that I can recall looking dangerous was Dilly Duka's.

Compared to some fans, I feel I've been fairly optimistic about this team despite the awful start to the season. After two straight loses to a team that we should be capable of beating, I'm starting to lose faith.