Share All sharing options for: Words About Shapes: Results, motherf#*ker!

At 2 a.m. Monday morning, I was awakened by someone banging on my door - my 13-year-old stepdaughter, crying from pain. Her abdomen felt hot, she said, and the pain was so sharp it had taken her half an hour to get out of bed and arrive, weeping, at my bedroom door not 40 feet away.

We work for pitiless, immortal abstractions who ... would run some numbers on the PR fallout of human-based dog food

A brief exam told me it wasn't appendicitis, or a blocked colon, or gas pain. Out of answers, we had to wait until morning - me arising every hour to check on her, her quietly sobbing and sipping Vernors in the moments she couldn't drift into restless slumber. I managed to get her a coveted walk-in slot at the doctor's office, which our insurance makes necessary by pre-emptively denying all claims for emergency room visits. By 8:30 we were at the doctor's office, waiting.

I should say that I work as an hourly employee at a large chain restaurant. You've probably eaten there - it's the one where, until recently, you were family; now we just want you to "Go!" There's a garden; it may have olives. I was scheduled to work at 10:45 on Monday. As the nurses called people back for exam, and my stepdaughter's name remained uncalled, it was clear 10:45 was not going to happen. I had to call in. My throat tightened just a little.

Thus began a series of tense negotiations with my boss, who is a unit manager for the massive corporation which owns my restaurant and thousands more. His job is to protect shareholder value. Folks not showing up, for whatever reason, harms shareholder value.

Even when the excuse is iron-clad, and even when (as in this case) there is absolutely nothing one could have done to anticipate or prevent the crisis, there remains this tiny sliver of a chance that the next interaction with my boss would begin, "Sean, you understand that Michigan is an at-will employment state, right?" That phrase is tight-packed with dread: You are unemployed; you have no recourse; the State has set its face against you; farewell.

This is the working experience for a huge swath of Americans right now: We work for pitiless, immortal abstractions who, if given a choice between paying us a living wage and grinding us into dog food, would run some numbers on the PR fallout of human-based dog food before deciding. When the business turns down, every day is on the knife-edge. Every day is a battle. As my friend Joe used to say, "Results, motherf#*ker!"

We workers ask for understanding on a human level - for example, the understanding that my stepdaughter's health outweighs a single five-hour shift - but know that we cannot expect it. Empathy and trust are vestiges of the old order, sloughed off like a dried-out, constrictive skin, the timing and manner of their discarding dictated by another faceless abstraction: ‘the market.'

There are people who make handsome livings scraping the margins of the market - the investor class, our actual flesh-and-blood rulers. Which is where this story turns into a story about the Fire, because this football club we love is owned, inevitably, by a member of the investor class - in our case, Andrew Hauptman, through his pitiless, immortal abstraction called Andell Holdings.

And he is asking us for understanding, for empathy, and for trust. 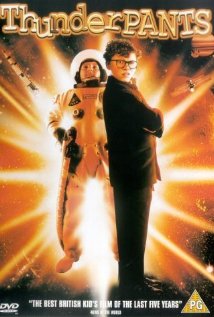 It was a nothing Friday night about a month ago when a senior member of the Fire front office called me. We'd spent a couple days playing phone-tag, failing to connect, and I was just settling in for a marathon of something on Netflix with my wife, and *bleep bleep* it's the dude who runs my favorite team. Oh, hey, whassup, yes let's definitely have a chin-wag about the Fire.

Now, on a lot of levels, it was awesome. I'd never had any contact with cf97 management before this, even dating back to writing about the Fire in ‘07-'08, when they just wouldn't return my calls. And the 60 minutes of conversation (well, listening - the man had a lot to say) over two calls that night were certainly full to bursting with everything I'd hoped a conversation with a soccer exec would hold - insider scoop, names of transfer targets, details of deals that almost happened and what derailed those deals.

When the conversation was over, though, I was left wondering, "What was this about?" In 60 minutes, after a brief getting-to-know-you segment, I had asked only a couple of questions, because I didn't have the floor. It was a very senior executive, talking to me on the phone, explaining why things haven't worked out like they'd hoped. And pledging, of course, to right the ship, to keep putting forth the effort, to keep working hard every day to make the Chicago Fire the soccer club we all dream it to be.

In short, he wanted me to understand. He wanted me to be understanding. And I was, and continue to be - but, as a working person, it chafes dreadfully. I'd love to extend to Messrs. Hauptman and Leon my empathy, my trust and my love, but a part of me just wants to shout, "Results, motherf#*ker!"

But I cannot find it within me. And, I suspect, many of you feel the same. It's hard to swallow the idea we're being too hard on the men (and make no mistake, the decision-makers are all men). We criticize because we are passionate about this team as a competitive entity, and as a competitive entity it has underperformed catastrophically. On gameday, I am hope personified; in the days between, I measure, and compare, and plan. My heart is not a resource I want plundered.

It's a tough old world the oligarchs have made. I am disinclined to extend sympathy.