Post-Match Chalkboard: Not So Hot In Houston

A look at Chicago's 1-1 draw against the Houston Dynamo from the OPTA Chalkboard.

Share All sharing options for: Post-Match Chalkboard: Not So Hot In Houston

The Chicago Fire need as many points in the standing as they can get to make the playoffs. A draw against Houston on Saturday night is definitely a good result, but it is hard to be content with just a point with when the gap in the standings continues to get wider.

Chicago in the Attacking Third

The commentators on NBC had mentioned that Frank Klopas had said, prior to the game, that he wanted to push the game against Houston. If that's true, the fire were not terribly successful at it on Saturday. 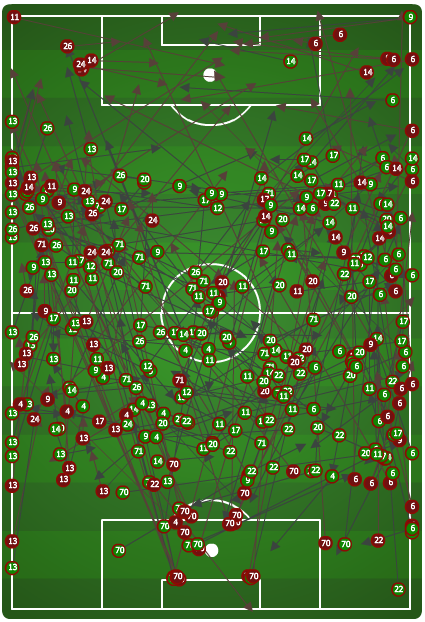 Just under 5 percent of all of Chicago's possession happened in the attacking third. While Chicago did not have a whole lot of possession in attacking areas, they did manage to get more shots on target than Houston with 6. However, half of those six shots came from outside the penalty area. 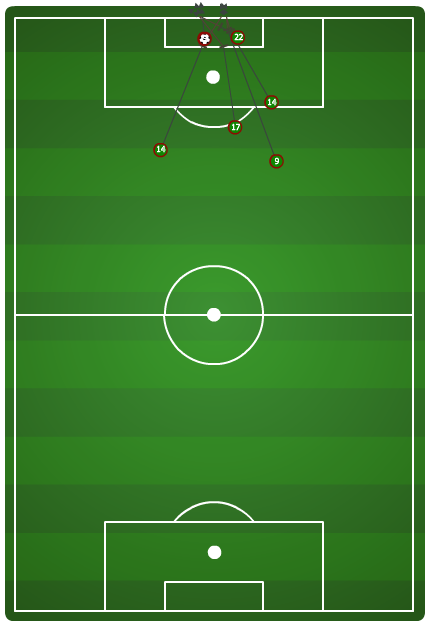 Defending in the Box

Chicago's offense might not have been top notch in Houston, but the defense was incredibly solid. Yes, the Fire failed to keep a clean sheet again. There was also some bad communication on a couple of back passes (Bakary Soumare is good for giving me at least one heart attack per game) between defenders and goal keeper, Paolo Tornaghi. With all of that aside, the Fire defense was a tough nut for Houston to crack. The Dynamo resorted to bombarding the box with crosses, completing 11 out of 33. 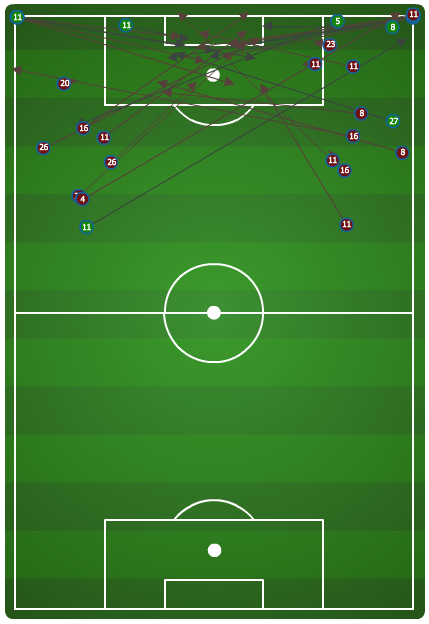 Inside the box, the Fire stood tall and collectively had 1 tackle, 5 blocks, 2 interceptions, 1 blocked cross, 4 recoveries and 15 clearance. They also conceded 10 corners. 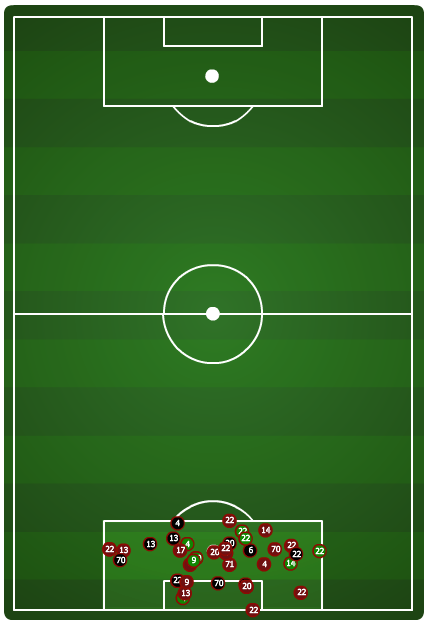 Leading the defensive charge was Austin Berry. The 2012 Rookie of the Year finished the game with 3 tackles, 5 interceptions, 11 clearances, 6 recoveries and a blocked cross. Berry lead the team in all of those categories except tackles (Patrick Nyarko had 5 tackles) and blocked crossed (Logan Pause also had a blocked cross).

It was a shame to see a player like Andrew Driver go down with an injury so early on. Driver would have been more capable of giving the Fire defense fits, but, his replacement, Brad Davis, has done his fair share of tormenting the Fire faithful as of late.

Here are Davis' last 3 games against the Fire:

So what did Davis put up on the Fire in this last meeting? He was 5 of 15 on crossing (.333 completion percentage) with 3 key passes and an assist. That's now four straight games with an assist against the Fire for Mr. Davis.

Brad Davis' counterpart, Oscar Boniek Garcia, was also a busy man on Saturday. He was a presence all over the field at BBVA Compass Stadium, 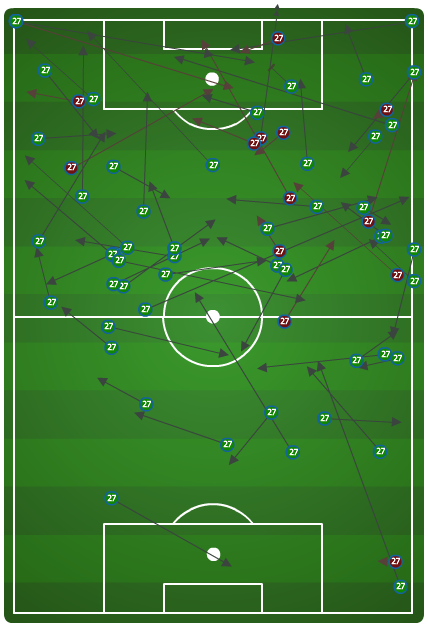 Garcia finished the game completing 46 of 59 passes, completing 4 of 5 crosses and notching 5 key passes. He also was tied with Ricardo Clark and Adam Moffat for the most recoveries with 9.

While a tie may not have been what we needed, it could still be considered fortunate with the way the offense was playing. The Fire have more tough games like this one in the next month and a half, and they are going to need to play better offensively to get more points and keep the playoff dream alive.