Men in Red set new MLS record for draws in a season, breaking their own mark from 2011. Earnshaw pounces on M'Bohli gaffe to neutralize Ukogo's go-ahead goal

The Chicago Fire Soccer Club's 2015 pre-preseason continued with a pleasingly structured showing against a foe, the Philadelphia Union, whose pedigree and form suggested a walkover could ensue. The Fire answered with a youth/experience split in the starting XI, and a flexible, cautious shape, giving up little even when yielding skeins of possession.

The game ended in a 1-1 draw after a late exchange of goals ... but (as this is still very early in the preseason in our little spur of the universe, the one where we're already thinking 2015; in the main branch, it is still very much the stretch run for the Eastern Conference playoffs) the main takeaways were thoughts about the goals for and results of the contest.

(Of course, over in Philadelphia's universe, this result must be a heart-rending missed opportunity. The Union stood ready to move into a tie for the playoff places; instead, Rais M'Bohli's astonishing gaffe and Robert Earnshaw's lovely chipped finish may be played over Adagio for Strings on the Brotherly Game. As this was a trans-universe contest - they in the competitive one, we in safe mode - the stakes were much greater on their side than ours. So, pause a moment in thought for the Union's hopes of storming the playoffs, their game-in-hand wasted, playing well but not well enough, surging hard but (maybe) just a bit too late. It's a feeling that Fire supporters know with bitter familiarity. We can see through the cracked cover of our universe to theirs, and empathize with falling just short of even gallingly moderate expectations. And now, just now, we've known a lot worse. But thankfully that's all over for us! All the suffering, all the pain ... it's all gone into that beautiful light at the end of the tunnel, and now we find ourselves here, in early 2015, playing preseason games. You can come here, Union faithful, whenever you're willing to let go of the world you're in. Come into the light!)

So, to the actual events of the final score. The Fire had played a narrow, defensive game throughout, eschewing playing to the feet of Harry Shipp (who clearly relishes the opportunity to play a free central role) for spinning long balls into space, hoping upon hope that Quincy Amarikwa could run onto a miracle, transcend space and time, and score a goal without supporting runs.

That safety-first approach was seemingly undone in the 88th minute, when a cross from the right eluded Union substitute Brian Brown and squibbed back to the onrushing Amobi Okugo. Sean Johnson, stranded in the middle of the goal, had to choose a corner and was unlucky, as Okugo's finish went to the wide-open side of the net. After nearly 90 minutes of snatching up Union possessions like damp firecrackers, one had gone off in the hands of the Men in Red, and they trailed, 1-0, with just a bare handful of minutes left.

The Fire's defensive rigor was rewarded with an astonishing gift when Philadelphia keeper Rais M'Bohli, a starter for Algeria at multiple World Cups, shanked a long ball in the second minute of stoppage time. The ball, nearly missed altogether, sliced fiercely away from the intended target (the deep left flank, the right of the Fire defense) and instead fell to Chicago substitute Robert Earnshaw.

If Earnshaw intends to sell himself to the Fire front office as a spot-starter who can also provide a bolt of lightning off the bench, he's certainly supported his case in his brief cameo with the club. The Welshman exploded forward with the giveaway, putting the tiring Union defenders into an impossible position, then found an even better idea: His back-post chip had the grace of a da Vinci pre-calculus shell study. 1-1, and a record-breaking 17th draw in only 30 games for the 2014 Chicago Fire (now early in their preseason, of course). And heartbreak, absolute heartbreak, for Philadelphia. Oh, the beautiful pain. Oh, football, you cold-eyed assassin of indifference. 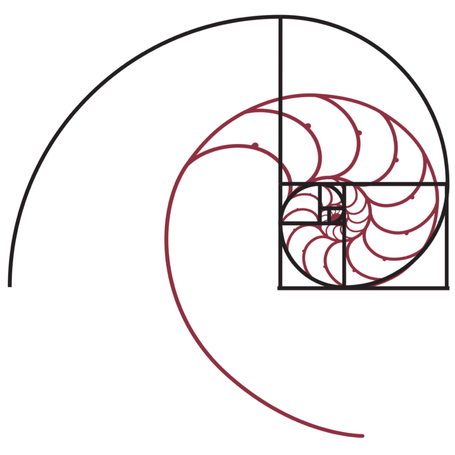 As a scouting exercise, it had moments of hope, but overall seemed indicative of the extremely early state the preparations for 2015 are in. The greybeard double pivot of miraculously un-retired Logan Pause and Jeff Larentowicz should have theoretically freed Chicago's front four to weave interesting shapes in space and create, but for entry passes that never came. Shipp, particularly, was criminally underserved as he dragged defenders out of space, only to see the ball flying overhead for the speed-demon corps deployed alongside him to chase down. The inevitable hacked cross that followed was seldom troubling for Philadelphia's fantastic center back duo of Maurice Edu and Carlos Valdes.

(Outside our spur universe, Philadelphia may be a team the rest of the league would be happy to see drop out of the playoffs. It's hard to see that Union shape giving up very many goals, and insert defense wins cliche here, if you wish. Edu and Valdes are very good together now, and will get better game-on-game rapidly - as a partnership, they're still at the sharp part of the growth curve. It may be too late, though.)

Chicago (5-17-8) hosts old friend and mentor - oh, and head coach and technical director, right, that too - Frank Klopas and his Montreal Impact on Sunday. There could also be a Justin Mapp, a Dilly Duka, and a Krystof Krol listed for the visitors, so it'll be like Old Home Week at Toyota Park.  Philadelphia (9-12-10) gets another crack at inserting themselves in the playoff conversation when they host the streaking Columbus Crew a week from Saturday.