Lopsided 4-4-2 is creating chances, but Columbus ruthlessly exposed the holes in the Fire's basic shape, especially on the left; how do we fix it?

Share All sharing options for: Words About Shapes: Patching The Port-Side Hole 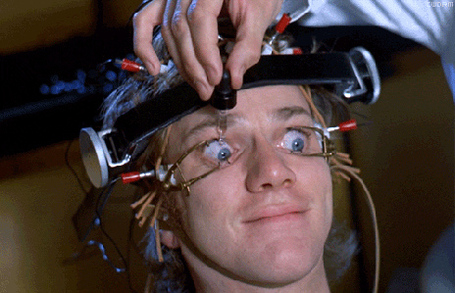 Hello, Fire tribe. I am much better now. I have peered into the darkness - yes, it peered back - unblinking, for minutes that felt like weeks, hours like lifetimes. I have seen Ethan Finlay running downhill into a valley of wildflowers, alone with just a through ball to keep him company, again and again. And now I'm here to share what I saw.

The problems on the Fire's left side start with simple alignment. Harrison Shipp's given freedom to move infield when Chicago has the ball, and he's proven that he has the intelligence and skill to use that freedom to maximum effect. But nothing is free in football, freedom especially; it must be purchased with responsibility, and in the Men in Red's basic shape, that bill is paid by the left back, who on Saturday was Greg Cochrane.

See, when Shipp moves about finding pockets of space, that leaves the entirety of the left flank to Cochrane's purview. The choices he faces are full of double binds. He is the sole source of attacking width on the side, and is also tasked with finding positions as an out-ball; does he dare step forward? He is also marking a winger with devastating speed, but the team as a whole is playing a high line. He is isolated unless the Fire can keep the ball, which they seemingly cannot.

On Saturday, Columbus ruthlessly exploited these double binds. Their back six - the defensive line plus the screening pair of Tony Tchani and Will Trapp - stayed compact and waited for the Men in Red to misplace a pass. Once one came, the ball was generally two or three touches away from whistling into a wide area, usually off the foot of Higuain. Somewhere in his dreams, Cochrane is seeing Finlay running away from him, forever.

So what can be done? Here's how the Fire might change things up to better cover their leaking port side:

Switch Joya and Larentowicz: Benji Joya's enthusiasm and work rate in the No. 8 role allow him to cover a lot of ground front-to-back - he'll burst forward with a run toward the box, then fall back alongside Big Red once the ball's lost. Larentowicz, on the other hand, stays deep and central, between the centerbacks. The problem comes in cover. Big Red's fading mobility means he can't get out to the flanks to help easily, and he doesn't seem to trust Joya to cover.

What if their responsibilities were reversed? What if Joya were the No. 6, and focused his energy on eating up space laterally, a la Ozzie Alonso with Seattle? Joya could get to the wings for cover, trusting Larentowicz to drop to cover the space in front of the back line. This has the added benefit of moving Larentowicz into the 'forward destroyer' role at which he excelled last year.

Go to a 4-4-1-1 with Harry as the first '1': Sometimes the simple solution is the best one. Instead of asking Shipp to alternate between creating beautiful shapes with motion and putting in a shift in the Responsibility Mines, we give him license to go full-time making beauty, and put someone more suited to mining on the left. Matt Watson, get loose.

Buy a wise, still-pacy left wingback: There are players in world football who make a living making the best out of the sort of double binds we've described here. Players whose presence on the roster would essentially eliminate this problem altogether. Guys who can combine, add width, keep the angles, manage the space and run down mistakes, all without much of a shift from the rest of the shape. Assuming that Leighton Baines isn't available, I guess we'd have to settle for DaMarcus Beasley. DaMarcus, come home! We miss you.