MLS NEXT: All the aspiration, none of the authenticity

MLS' new, minimalist 'MLS NEXT' logo is the flexible, meaningless logo of the future

Share All sharing options for: MLS NEXT: All the aspiration, none of the authenticity

MLS will have a new logo in 2015, and boy, is it a logo. A shield, bisected diagonally by a 45-degree line, with three stars in the upper-left quadrant: DONE. 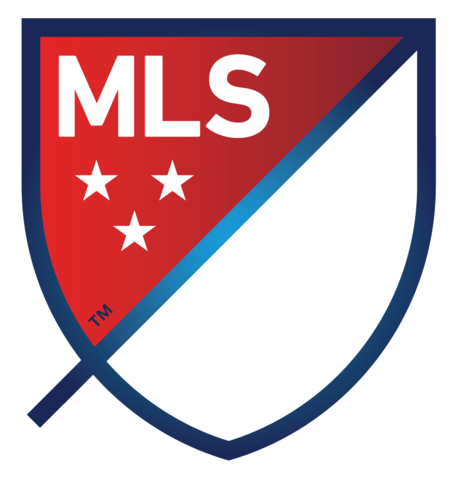 Say this: It's better than the old logo, a foot striking a soccer ball, because SOCCERSOCCERSOCCER, we are a soccer league, it's a game you play with your feet, America. The old logo still retains the faint scent of the underdog defensiveness of MLS' early years, a gamey funk usually found in the real world only during the third day of a comic-book convention.

Problem is, the new logo has all the personal appeal of the third day of a generic sales convention - maybe it smells better, but it doesn't feel better. You look at the new logo and are transported, instantaneously, to a cavernous, brightly-lit room filled with things for sale, things no one really needs but which the other people seem determined to pitch, endlessly. The air conditioning is too harsh and too dry; it's making your hangover worse. No one smells funky; everyone is scrubbed so clean that it's hard to imagine them sweating, or swearing, or anything other than excited-to-sell-things. You cannot remember why you are here. You cannot imagine why anyone is here. It's a wordmark and a symbol, stamping on a human face, forever.

Some of the big news involves the color palette of the new logo, which embraces a new flexibility: It will change to reflect the colors of the team! We are meant to understand that this new logo shows us MLS muckety-mucks get it. The clubs are the point. The clubs drive the league. See, we're flexible like that! the logo whispers.

Which is odd, because I could've sworn that MLS is considered - by FIFA, by contract, and by the rest of the world at large - to essentially be one huge club with multiple franchise outlets. That's why MLS can trade players outside of the transfer windows - they're not transferring from club to club, they're just changing which branch office they report to.

Single entity is as single entity does. Do you think Bruce Arena will be fooled by the new logo? Will it retroactively make sense of the Galaxy dealing Kofi Opare to DC United to make room for Sacha Kljestan? Will the newfound freedom this logo provides rectify the Calvin-ball train-wreck of the Jermaine Jones coin-flip?

See, the Portland tifo for the national team that inspired this was great, but it was also badly misunderstood by management. What MLS' hip newish fans want is not more eyewash, not another empty corporate chalice to be filled with whichever marketing scheme the league lands upon. They watch the world's game, and they want the world's game. What they want is authenticity. What they want is for this league to stop mimicking a league, and start being one.

MLS is right that the clubs should drive the league's growth. Franchises, by definition, cannot. Here's an idea, MLS: The next time you want to appeal to soccer's hipster fans of the world's game, how about allowing the clubs the freedom to manage their own payrolls and negotiate their own contracts?

It's a crazy idea, I know. And it will cost you money. But faking it can only take you so far. Being an authentic league is risky, but that's supposed to be what business is, right? One takes risks in the hope of greater rewards. Any business model that purports to eliminate risk isn't a business - it's a Ponzi scheme.

The new logo shows that MLS is feeling the pressure to change. Unfortunately, it also demonstrates a basic unwillingness to do so. It's the money, of course. It's control. It's about keeping labor costs at historic lows and profits at historic highs, which puts MLS in lockstep with every other corporate enterprise in the USA. And it's too damned bad.