Since an early-season draw, Chicago and DC have gone in different directions. Can the Men in Red start to claw their way back to respectability, and dent DC's push for top spot in the East?

Where to Watch: Toyota Park stands, My50 Chicago, TWCSC Wisconsin

"We're not quite good enough". That is what Frank Yallop said after last week's draw with TFC after the Fire gave away another win late in the game. The first 15 to 20 minutes looked pretty good for the Fire. They pressed the game, forcing Toronto to make mistakes in the midfield. Here I thought - while watching the game with my wife and two nieces, "The Fire are going after it, they're taking the game to them". It was nice while it lasted, a glimpse of what they could do when pressing and a Lovel Palmer goal off of a short corner.

Then TFC took control of the game, despite a PK given to the Fire early in the second half which Jeff Larentowicz shot too close to Joe Bednik, who easily made the save, then another great save on the rebound attempt from Quincy Amarikwa. The Fire bunkered the majority of the second half and were able to keep TFC at bay until Dwayne Derosario put home a loose ball from a corner past Sean Johnson. About two minutes later, Gilberto was able to poke the ball from Bakary Soumare past a helpless Johnson in what seemed like the game-winner for TFC. Fortunately, the referee called the goal back from an apparent push in the back on Soumare from Gilberto even though replays clearly showed that there was no foul on the play. That is the way it ended - just not good enough to win.

Saturday night the Fire host the Eastern Conference leaders, DC United, in the game that can finally put the nail in the coffin of the Fire's playoff dream if the Men in Red do not get a full three points. In their first meeting of the year, back in March, the sides battled out to a 2-2 draw; since then, the fortunes of the sides went in opposite directions. DC has climbed to the top of the Eastern Conference while Chicago has wallowed near the bottom.

DC will be looking at this game as an opportunity to stay at the top in the east and show that statistically one of the worst teams ever in the MLS can pull off the worst-to-first turnaround. In the meantime, the Fire seem to be just playing for pride as they remain on the outside looking in when it comes to the playoffs. They are seven points behind fifth-place Columbus and need answered prayer (as well as three points) to have any hope of extending the season past October 24.

One of the new strikers needs to produce: In order for the Fire to pick up max points Saturday night, one of their late-season signings has got to step up and produce - that is, if they are available. Robert Earnshaw or Florent Sinama-Pongolle are the two players I'm talking about. Earnshaw, who has already netted two goals since being signed, is battling an injury at the moment but might be available and has to prove that he deserves to have his contract extended into next season. Sinama-Pongolle, unavailable last week while awaiting his visa paperwork, should be available at least to come off the bench. He has to show why the Fire are looking at him for the 2015 season, and not just a panicked replacement for Mike Magee at the end of a catastrophic campaign. They have to come in help because, as much as I love Quincy Amarikwa's work rate, he won't be able to keep up the pace game-in and game-out - and, honestly, who would rather see Matt Fondy come in ahead Earnshaw or Sinama-Pongolle?

The Fire need 90 solid minutes from the defense: Will the Fire's current defense be able to play a complete game? This has been a question that has been asked all season long, and it was asked again after the game last week. The Fire gave up a late tying goal to DeRosario off of a corner kick which looked like some of the Fire defenders were caught ball watching and let their marks get on the wrong side. To make it even worse, the goal that was eventually called back just minutes later led to a shoving match between Sean Johnson and Bakary Soumare. In a team that is playing well and has good chemistry this never happens, but in the case of the Chicago Fire this was only a matter of time before something like this or even worse happens. If the same defensive mistakes are made on Saturday this could only get worse. That is why solid play in the back is necessary if the Fire look to try to make one last push to get into the playoffs.

Let's all just face it: The Fire are just not good enough this year. With a record of 5 wins, 7 losses, and 15 ties through over three-quarters of the season, it is just not good enough to make the playoffs. According to Sports Club Stats the Fire have a 1.7% chance to make the playoffs; the only realistic chance at postseason is if they win at least five of their last seven and go undefeated in that span. 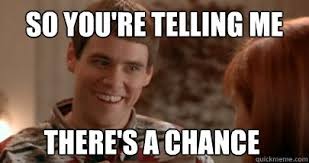 There still is a chance, but I just don't see the playoffs happening this season. Yallop and company dug themselves into too large of a hole, and have not brought in the talent to make an impact in 2014. I'm going to go with DC in this game as the Fire are going to continue giving up the majority of the possession as they look to break on the counter. DC's attack will prove to be too much as they will comfortably win this one, 3-0.