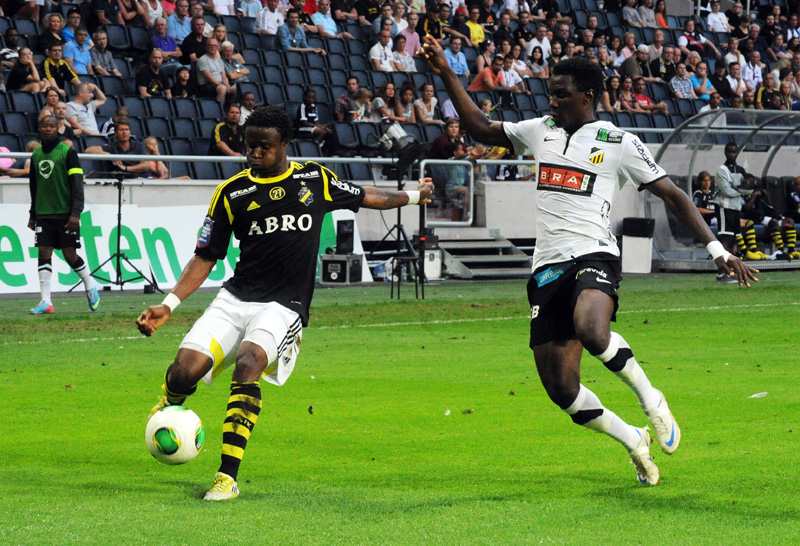 I know it's only a couple games, and I know I'm about to talk about a whole lot of stuff I don't actually have any insight into (i.e. another person's brain, memories, etc.), but I think it's fair to raise some concerns about Igboananike's performance. The fact that he didn't make the starting lineup this weekend, and that Fire Confidential reported that "there is a sense that the staff may not be over the moon on Igboananike's progress" makes it fair game at this early point.

I'm a little worried that Frank Yallop has what I call "scout crush" on Igboananike. This is a fairly common malady in baseball, where a scout or personnel guy sees a player when he's young, whether it's striking out sides in high school or tearing up high-A, and falls in love with him. The guy signs somewhere else, has some success, plateaus a bit, and never seems to quite reach the potential the scout saw in him early on. So that scout gets him signed with his team because he's convinced the player just never had the right coaching, never had the right "situation," just needed a fresh start. He sees the early numbers and the early scouting reports and ignores the most recent figures as an aberration that a new team can easily rectify. Of course, this almost never comes good.

I have to admit that I was concerned when the Igbo signing was announced and I saw his numbers: Great stats in the development leagues, one very good year at the top in Sweden, but only five goals last season. And then there's this bit from the MLS.com article announcing his signing: "Yallop tracked Igboananike, who has been playing in Sweden since 2007 and spent the last two years with Stockholm-based club AIK, for three years prior to Tuesday’s signing." Tracking him for three years. And here's Yallop from the chicago-fire.com story: ""[I saw him] when he was with Djurgårdens and in his move to AIK," Yallop said. "I liked what I saw then, he went to a bigger club in AIK, continued scoring and last season maybe wasn’t the greatest of goal scoring for him but he played a lot of games."

So we have Yallop seeing Kennedy as a young player, liking what he sees a lot, and then shrugging off the most recent results to focus on earlier success. Scout crush. That was my concern heading into the season, but I kind of hoped that I was just paranoid. And like I said, I could still be paranoid, it's only two games. But I do worry that the Igbo Yallop still sees is the one from a couple years back, not the one looking a little lost out on the pitch to start the season.

I really hope I'm wrong. I want to see the Igbo from the highlight reel.